Paramedics from ER24 said that two men were killed and four others were injured after two vehicles collided on the N14 near the R55‚ near Diepsloot‚ north of Johannesburg. The injured patients 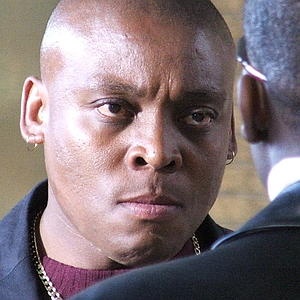 were treated and rushed to hospital.

“Wishing Rapulana Seiphemo a speedy recovery. Get well soon‚ the industry needs you‚” the Department of Arts and Culture said on Twitter.

SABC1‚ which broadcasts Generations‚ tweeted this message: “We wish Rapulana Seiphemo to get well soon‚ our thoughts and prayers are with him and his family”.

Joining them were industry professionals and fans including ZenHQ Films‚ who posted “…saddened by the car accident involving Rapulana Seiphemo. We wish Rapulana a full recovery”.

“Praying for the legendary‚ Rapulana Seiphemo. There’s never a dull moment when ta-Raps is around‚” Lesley Musina shared via Instagram.

“The acting industry cannot afford to lose someone like Rapulana Seiphemo..that guy is a living Legend in acting… May the good Lord save him‚” said KatzZ ?@MO–kAtz7.

Louw ?@nylelouw shared: “Rapulana Seiphemo I wish you the healthiest of recoveries….this is too shocking and too sad” while Pieter Howes ?@PieterHowes said: “Thinking of Rapulana Seiphemo. What a tragedy. He’s a shining star in SA’s entertainment industry‚ and may he get well very soon!”.

Seiphemo‚ 48‚ who plays Tau Mogale on the popular television show‚ was stabilised on the scene of the accident by paramedics before being taken to Milpark Hospital.

A photo of a crumpled luxury sedan car stood testament to the seriousness of the crash.

ER24 said when they arrived on the scene‚ one vehicle was found in the middle island of the road while the other was found amongst some bushes on the side of the road.

Three people had been inside each vehicle.

“Paramedics found that two men‚ one from each vehicle‚ had sustained fatal injuries in the collision.

“Four other patients were found on scene‚ two of them critically injured.

“Paramedics treated the patients and provided them with advanced life support interventions. Once treated‚ both critically injured patients were airlifted by a private medical helicopter to nearby hospitals for urgent treatment.

“The two remaining patients were transported by ambulance to nearby hospitals for further treatment‚” ER24 said.

Last month‚ former Generations: The Legacy actor JT Medupe — who played Jonathan in the SABC1 soapie – had a lucky escape after he rolled his car at the entrance of Westpark Cemetery in Johannesburg.

Makhura or Mboweni as e-tolls confusion reigns in