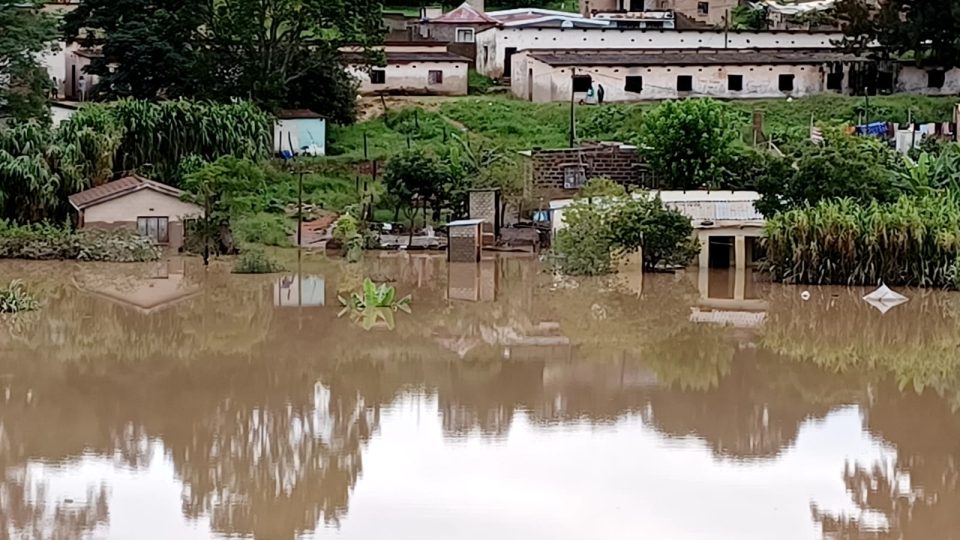 THE HOLLYWOOD BETS Foundation has donated R5million worth of fresh drinking water, food parcels and blankets to assist communities affected by the recent floods in KwaZulu-Natal.

Initially the pledge was R1million but after assessing the dire situation, the Foundation increased it to R5million.

“At the Hollywood Foundation, we are always ready to offer support and give hope to people who are in need.

The recent floods left many of our communities in KZN requiring urgent assistance, where we were able to provide R1 million worth of immediate relief in the form of food, blankets and clothing parcels.

Now with our R5 million pledge, we aim to focus on projects with a longer lasting impact, such as infrastructure of schools or community halls destroyed in the floods,” said Rasigan Naidoo, Hollywood Foundation CSI Manager.

The Foundation through their #HandsOfHope campaign partnered with Ntenga Foundation and Domino Foundation, as well as local radio stations, to help needy communities, following numbers of the deceased increasing and displaced communities rising.

Meanwhile, the KZN Government says the R950 billion estimate to fix the flood damage was an “honest error”.

On Sunday, the provincial government said that it would cost R950 billion to fix the flood damage across the province.

However, a late-night correction dropped the figure significantly down to R17 billion.

Initially, the provincial government estimated that it would cost R940 348 500 000 to fix Passenger Rail Agency of South Africa (Prasa) infrastructure. But in a revised statement, the cost was changed to R955 449 000.

KwaZulu-Natal government spokesperson Lennox Mabaso said it would cost an additional R1 688 100 000 for the long-term rehabilitation of Prasa infrastructure.

The overall estimate of the flood damage is now around R17 billion.

Mabaso said “It was just an honest error in the middle of trying to work out a number of issues. Hence, when it was observed, we immediately corrected the error. We regret the error. There’s nothing untoward. To err is human. Government is always open, transparent and accountable.”

He said once they spotted the error, they “voluntarily corrected” it.

Mabaso said some of the figures which the technical team was working with included long-term infrastructure rehabilitation. “We only wanted costs related to the floods and nothing else. We corrected the figures to reflect only the floods. There [are] no other ulterior motives.”

He said the figures were not final and could be adjusted upwards or downwards.

“It is not the final figure. It is a picture that was emerging two weeks after the disaster.”

According to Prasa spokesperson Andiswa Makanda, an estimated 300km of rail infrastructure has been damaged.

More than 400 people died in the recent floods in KwaZulu-Natal.

President Cyril Ramaphosa will today, address a hybrid joint sitting of Parliament on the oversight role the national legislature and other institutions or sectors of society could play in the country’s response to the devastating floods that have affected KwaZulu-Natal.

The United Nations (UN) in South Africa arrived in KZN as part of a three-day visit to the flood-ravaged province.

The technical team, comprising of members from various UN agencies are expected to meet with Provincial Disaster Management Centre and eThekwini Municipality officials to assess where the United Nations Development System can lend a helping hand.

“We have been supporting the province following the floods in 2019 and the civil unrest of 2021 and will continue to support rebuilding efforts to ensure that no one is left behind as part of the Memorandum of Understanding that we have in place with the provincial leadership in that province,” said acting resident coordinator for the UN in South Africa Ayodele Odusola.

Image eNCA (The aftermath of the floods in KwaZulu Natal has left parts of the province riddled with waste).

Queen Latifah and Common scheduled for AIDS conference in Durban!

Sisters doing it for themselves on Vilakazi Street