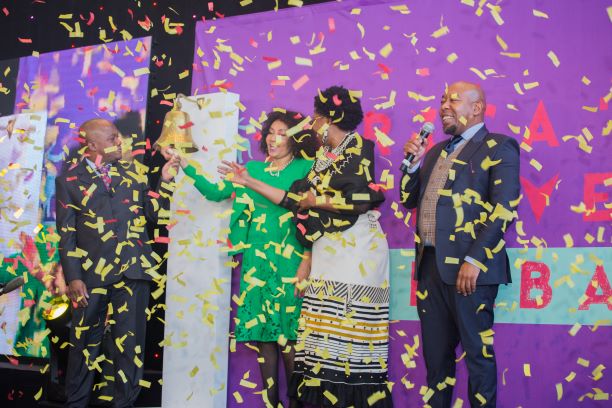 Over 55 African countries and European States are in attendance.

The minister of Tourism, Lindiwe Sisulu opened the three-day exhibition by ringing the bell- a sign of the official opening that welcomes buyers, traders, SMMEs and throngs of media from all over the world.

In her address Sisulu said, the welcoming back of this all-important event signals that South Africa is ready for new and unique ideas as part of responsible tourism following the pandemic.

“As hosts, we look forward engaging with all stakeholders as we ‘breath and live again’,” she said.

“As the department of Tourism, we’re working on various recovery plans not only in Durban but all over the country, to resuscitate tourism, especially in rural areas where it was badly affected.”

She also attributed the resilience of SA in these trying times to the likes of King Shaka, Mandela, King Zwelithini and Sisulu.

An estimated 22000 guests are expected to revive travel in the City of eThekweni and contribute millions into the coffers of the GDP, an uptake of 10% from 2019.

‘One Africa’ was punted by the Premier of KwaZulu-Natal, Sihle Zikalala, during his speech.

This means selling African destinations to the outside world as part of both economic and tourism recovery, said Zikalala.

“KZN prides itself as a mecca of events that will unfold this year going forward and as Government will lend our support as it benefits our citizens,” says the Premier.

“Africans are more than what we were depicted, “ says South African Tourism board, acting chair Advocate Mojanku Gumbi.

“It should be known that as Africans its time to tell our stories and authenticate it as much as possible for the world to consider our worth,” says Gumbi.

Known for hitting above the belt- minister Sisulu asked with a tongue-in-cheek when will the Vic Falls be renamed, that caught all and sundry in stitches?

A moment of silence was observed for the victims of the KZN floods that has claimed over 430 lives thus far and thousands displaced.

Ombuds a relief for property owners!