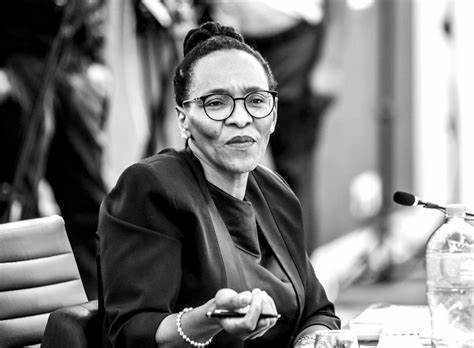 FINALLY, Mandisa Maya has been appointed as the Deputy Chief Justice.

The appointment was made today by the President Cyril Matamela Ramaphosa, making her the first woman to ascend to the deputy chief Justice position in the country.

This follows a delay to her appointment that resulted in discomfort amongst her peers, questioning the delay, amongst others.

The President’ office said says Maya brings to the Constitutional Court more than two decades of a distinguished career as a judicial officer.

President Cyril Ramaphosa says as the first woman to hold the positions of deputy president, and president of the Supreme Court of Appeal, Justice Maya will contribute to the ongoing transformation process of the judiciary.

“Maya will contribute to the ongoing transformation process of the judiciary. Her ascendency to the apex court will serve as a beacon of hope for scores of young women and make them believe that South Africa is a country of possibilities regardless of gender, social or economic circumstances,” says Ramaphosa.

Maya, who was grilled during the interviews for the position, that at times became personal, is celebrated for having written some of her findings/reports in her home language isiXhosa.

The DA also welcomes the appointment of Maya.

“We wish her the best in this crucial role and trust that she will uphold judicial independence and the principle of Constitutionalism, says the opposition party.

She steps into her new role on the 1st of September 2022.

DA to picket outside court on corruption charges against Pres Zuma!

Akhumzi to be buried in Jozi following reports of misunderstandings

Avon justify its commitment to beautify “KG” at the Wimble’s