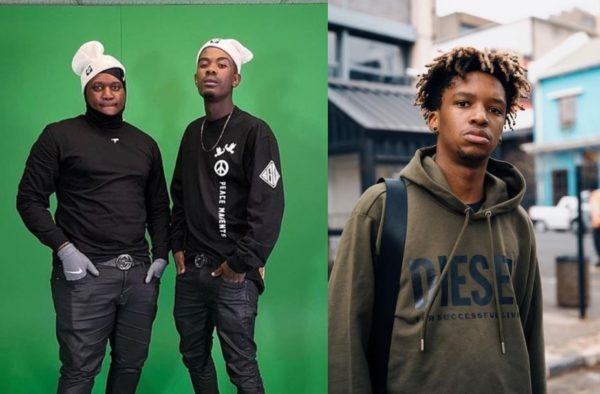 Mpura, Killer Kau and Khanya Hadebe were confirmed to have died on Saturday in a fatal accident, en route to Rustenburg, for a show.

There were rumours that Kabza De Small was also involved in the accident but has since confirmed he was not traveling with the crew.

On his IG live stories, while playing amapiano in the background, a visibly heartbroken Kabza said he was left speechless by the loss of his boys.

Maphorisa also took to his Instagram to share a video of himself jamming to a song on which Mpura featured.

Other musicians have sent messages of condolences to fallen youngsters such as Riky Rick, Kamo Mphela, Cassper Nyovest (cancelled his Live Chat), Lady Du, DJ Maphorisa and others.

Khanya was a DJ and also cut his teeth into event management.

Killer Kau –born Sakhile Hlatshwayo, made headlines with his ‘Tholokuthi’ hit on a tweeter after being discovered by Euphonik.

From then on, he created chart-busters to avoid the ‘one hit wonder’ title within the Amapiano genre.

Details on burials will be made soon.

PHD syndrome a major concern for women in workplaces, mostly

Voluptuous ausTebza to launch her new album at the CTIJF