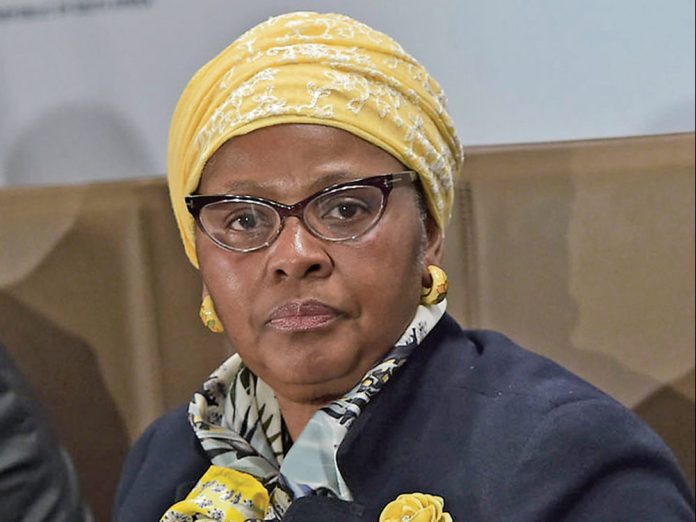 After the back and forth on whether the former minister of defence is up to the task, Mapisa-Nqakula was finally backed by her own organisation ANC to the Speaker position.

She becomes the sixth speaker of the assembly since SA’s democratic dispensation.

Mapisa-Nqakula was nominated by ANC chief whip Pemmy Majodina. The nomination was seconded by ANC MP Lindiwe Zulu who is also minister for social development.

Zulu said she was seconding the nomination “in the spirit of South African women”.

Thursday’s vote was the first time since the outbreak of the Covid-19 pandemic that parliament held a full sitting where all MPs attended physically.

Veteran Thandi Modise who was the Speaker has been appointed the minister of defence.

EFF did not vote and walked out of the Parliament. DA and other parties objected to her nomination due to investigations that are on-going.

In her maiden address the Speaker said she “looks forward working with all opposition parties”.

One thing is for sure, Mapisa-Nqakula is in for a torrid time.

Image (New Speaker of National Assembly, Nosiviwe Mapisa-Nqakula will have to grow a thick skin much quicker) .

The ‘death’ of Siwelele a concern one will have to live with for life!

All White fete brings top stars of mzansi under one roof!