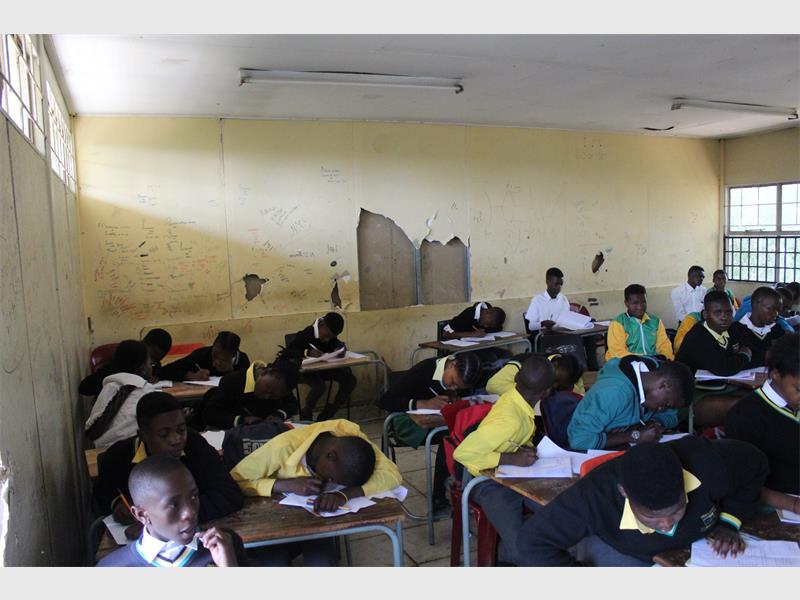 These are the words of a learner (did not provide her identity) who said the stabbing of a learner is a big problem, that will not go away soon.

She said they will not attend classes for their safety.

This follows the stabbing and death of a 16-year-old pupil at Pholosho Secondary School on Monday.

The (15) teenager, in company of his father handed himself to the Alexandra police station on Monday night.

This was confirmed by Captain Mavela Masondo in a statement.

According to police, the suspect got into a fight with fellow classmates during break time at Pholosho Secondary School at around midday on Monday.

During the altercation, the suspect went into a classroom and returned with a sharp object. He then stabbed one of the pupils.

The victim was declared dead inside the school’s premises.

Masondo said the motive for the killing and what triggered the fight was still being investigated.

The ANC Youth League (ANCYL) said in a statement they condemned the “barbaric” act, and hoped the perpetrator faced “the full might of the law”.

The ANCYL also said they hoped the incident allowed the Department of Basic Education, police and social development agencies to use it as “the springboard for a comprehensive approach to juvenile delinquency in our townships”.

GP MEC for education Panyaza Lesufi visited the school and said he was shocked at what happened.

Pholosho means ‘save’ but it seems that would not save the school from this unfortunate reputation.

Is Diko back at work, Mr President?

Another Limpopo boys Academy off to Danone finals in France!