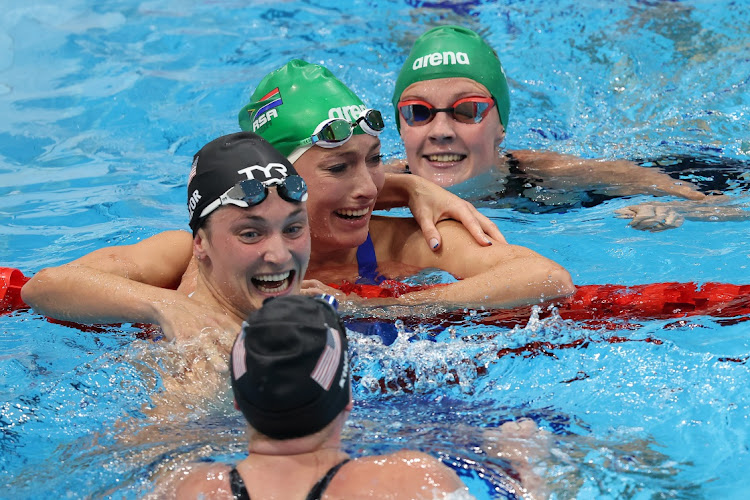 So, Tatjana Schoenmaker, decided to put us out of the mystery and register her country the first Gold medal, as she won the women’s swimming 200m breaststroke in a world record on Friday morning at the 2020 Tokyo Games.

Beamed worldwide, she screamed with delight when she caught sight of her 2min 18.95sec mark, the first individual world record of this gala.

The 24-year-old South African smashed the 2:19.11 world record held by Denmark’s Rikke Moller Pedersen since 2013. Not bad for a swimmer who missed qualifying for the 2016 Rio Olympics by one-hundredth of a second.

“If I could just make the final, that was what I said since I started coming, to make the final is already an amazing achievement,” she said, adding it was a bonus to have Corbett in the line-up with her.

“I was lucky to have my teammate there. We were all two too – two Americans, two British, two South Africans in the final, so it was just amazing to have that teammate there.”

“I would never have even thought -this is my first Olympics – so for me to get a lane into the final, then everyone stands a chance. That’s the thing I’ve always believed in.

“So I’ve exceeded, or God has exceeded, all my expectations, so I couldn’t be happier,” says Schoenmaker, who looks up to 2000 Gold medallist Penny Heyns.

Influential ‘external forces’ wanted me out of SABC- Robert Marawa

Marikana. Do we really care for the wellbeing of the other like we should for animals, or is our talk just lip service?