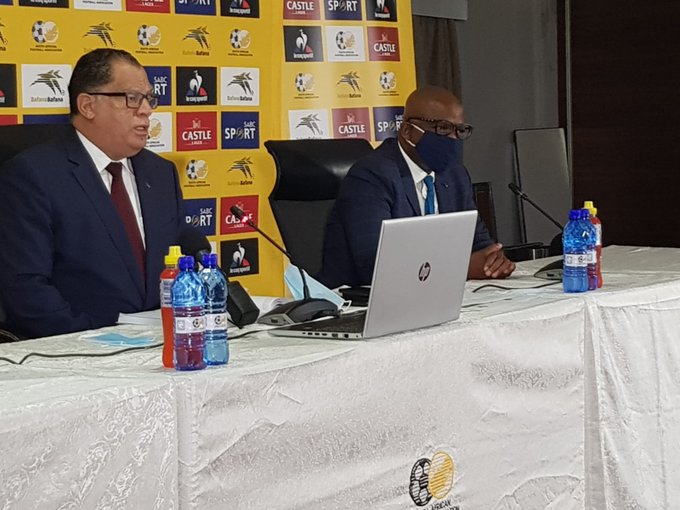 Molefi Ntseki who was appointed in 2019, too many was a breath of relief for the team and the support thereof.

Under his belt he played seven games, won four, drawn one and only conceded two defeats.

His sacking follows the much vaunted game against the lowly Sudan by losing 2-0 resulting in the team failing to qualify for 2022 Afcon in Cameroon.

Mysteriously Ntseki was not informed of the decision and according to Mothanthe, “as the NEC will meet after the Easter break to discuss “administrative issues” around his sacking.”

Its “true that when you lose, you become an orphan” as per Ntseki’s comment prior to the games last week.

Safa’s technical committee, Jack Maluleka confirmed that some of their 12 requirements for hiring a coach include: coaching qualifications, international coaching experience, a proven track record, and understanding Safa’s record.

Too many that was mysterious  in that the press brief was not attended by SAFA boss Dr Danny Jordaan, who always attends such gatherings when announcing a new coach.

Yes, Ntseki might have been sacked but it seems his rights were violated.

The association will meet early next week to discuss a way forward for the men’s national team, with 2022 World Cup qualifiers taking place later this year.

Bafana are to prepare for 2022 WC Qualifier in May- so the big question is who will be in charge?

Image (Adv Tebogo Motlanthe who delivered the sacking of Ntseki in a very mysterious conduct seen with SAFA boss Dr Danny Jordaan who was not present at the media briefing).