October 8, 2015 by Phepheng MARUPING No Comments

Excuse me but aren’t we all supposed to earn all the goodies that come our way? OK. 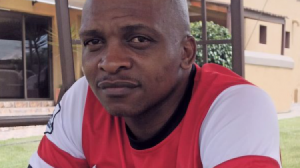 Matric Dance, say what? This week our columnist Maruping Phepheng, asks if parents have to go extra mile to please their kids or better still, if they deserve it?

Perhaps I’m being a bit tough on everybody but I certainly believe that if you’re going to have candy, it will taste a lot sweeter if you know you worked hard for it.

So why do I raise the matter of earning stuff as if we don’t already know? Well, while looking for a gig yesterday – I have this crazy image of me as a speaker with the capacity to motivate, you see – I called this man who happens to be chairman of a School Governing Body. He turned me down, citing money problems.

Interestingly, during the discussion we asked ourselves if the learners, some of them at least, deserved to be ‘rewarded’ with a ceremony as posh as a matric dance.

Besides the expensive clothes these learners demand for the event, there is also nice food, all sorts of drinks, and music rocked by deejays who generally don’t come cheap. At times these learners travel away to really classy venues like star graded lodges and resorts just to give the occasion a special feel.

There they get to interact with respectable professionals who are meant to inspire them, to make them believe that education presents a great possibility for success. At times the organisers throw in a celebrity or two to sweeten the event and guarantee that it remains etched on the learners’ minds for good.

So, most certainly in township setting, this kind of fun conferred to learners is almost always too expensive for the poor parents but they do it all the same because these kids insist on it.

Don’t get me wrong. I am all for fun. I love it, but I think it ought to be earned.

Now let’s for a moment look at the kind of learner we have today, and for this purpose I am going to have to generalise because my observation is that the learner I’m about to depict can be found in many of our school yards across the country.

Last weekend when I visited my hometown of Utlwanang in Christiana, North West, I took a drive around the township and stopped for a little while at a popular night life venue.

The place was jam-packed inside, so much that people lined the street, beer in hand. Walking about and meeting old friends, I immediately picked up a disappointing but unmistakable fact – the majority of the people there were young girls so scantily clad that it was shocking! I mean, with the final exams looming, are they not supposed to be home burning the midnight oil?

And then when we left home on Monday morning at around 1:30am; my wife and I saw young people walking away from a tavern situated on the other end of the township. Again I wondered: do these kids – they smoke, they drink, they have sex with older people, they put no real effort to excel at school, they do drugs and in certain cases bloody bully their parents – deserve all the fun, all the pomp and glamour that an expensive matric dance affords? I honestly don’t think so.

But what about us parents?

Importantly, other than the fact that we almost always do not have the money to finance these expensive matric gigs, we ourselves are as bad as these children. I mean, how do you even begin to entertain the idea of a matric dance when you have not attended even a single parents meeting?

Who are we fooling when we are excited about showing off a new weave and that new suite acquired on credit, sitting around the table and clapping hands while feasting away when we know we do not make the effort to look at our children’s books daily, let alone making sure they follow a steady, structured study regime?

I know you know of other reasons why our matrics don’t deserve to be spoilt the way we do each year, but I think the point is made.

In closing, I admit that I had the benefit of a farewell function all those years ago.

My views apply retrospectively – if we behaved fractionally like the kind of learner (and parent) I just described, then even we did not deserve it.