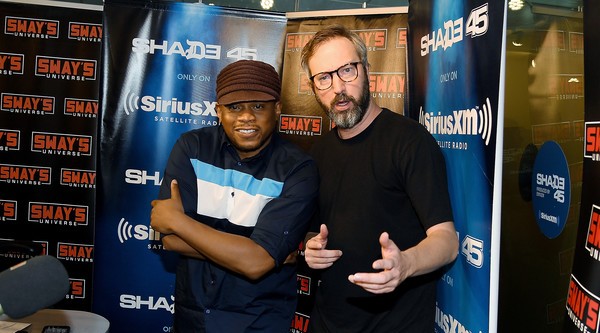 Born Derek Andrew Safo- Calloway also mentioned he respects rappers such as NastyC, Cassper Nyovest and AKA, for he believes have and continue to place the SA rap music on the international radar.

Party ONE (17) June, the hip hop star will host the SwayColdCyphers.

PART TWO (18) June, sees Post Malone, who was the musical protégé of the 2013 Castle Lite Unlocks headline act, Kanye West. He will share the stage with local talent including Rouge, Riky Rick and Nasty C.

The shows take place at The Dome, Northgate.

Courtesy of SLM & Castle LiteUnlocks, for June 18 show, are giving away most sought after FOUR DOUBLE GOLDEN CIRCLE TICKETS.

To win answer the following:

Who are the main sponsors of the two-day experience?

Winners will be telephonically contacted.

Image (Hip Hop guru Sway Calloway says he has much respect for SA rappers. He performs at the Castle Lite Unlocks experience in Jozi on June 17).

Ivory Park girls school off to Danone World Cup in Barca, along with Muzuvukile Primary

NPA- Zuma to be charged or not