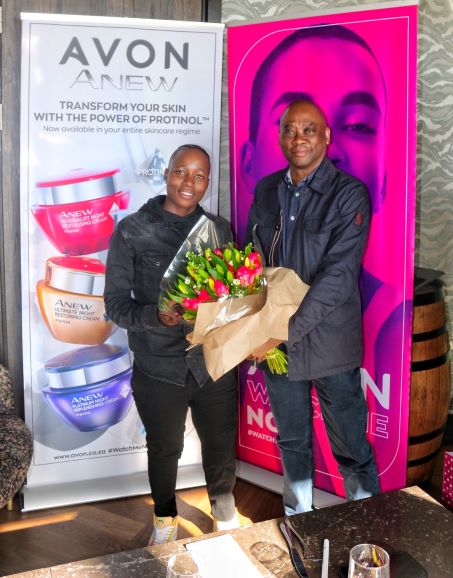 WORLD’S PARALYMPIAN Kgothatso Montjane is preparing for another daunting task: the Wimbledon tennis tournament to be hosted from July 7 to 12 2022.

To help her regain that confidence after losing in 2008, 2012 and 2016 Summer Paralympics, the world’s famous beauty brand Avon has once again partnered with Kgothatso or “KG” to prepare for the wheelchair tourney.

Africa’s number one ranked wheelchair tennis player and the fourth seeded female wheelchair player in the world, “KG”, in reciprocal will provide the beauty company with branding exposure, including on designated clothing.

Announcing the partnership at the luncheon held in Jozi, Mafahle Mareletse, Managing Director of Avon Justine, said the partnership between Avon and Montjane is a marriage of two brands that share the same values and synergies.

“At the heart of Avon is the quest to empower women and enable them to unlock and reach their full potential. As a brand that prides itself on its empowerment ethos, it is no surprise that we always strive to stand with the underdog and this is why KG chose us and we chose her.

We are proud of our association with Montjane and we remain confident that she will continue to fly South Africa’s flag high and put the country on the map,” said Mareletse.

This is not the first time Avon has partnered “KG”, having sponsored her in the past.

Despite the loss at the French Open, Montjane was in good spirits ahead of the Wimbledon showdown: “I have made such remarkable progress because of the necessary resources I have at my disposal.

Many tennis players peak at the age of 19, but for me this was the age when I first picked up a tennis racket. I believe that I am not at the pinnacle of my career and I still have time to clinch the greatest accolade of my career which is an Olympic gold medal. I can only hope that the injuries will not cut my journey short,” said Montjane.

She added: “The Paris Olympics are just around the corner and I intend to carry with me that winning mentality as an athlete and compete for a gold medal. Paris is a big one, it might be the last one for me – I am looking forward to it.”

Montjane heads to the Wimbledon after a gruelling performance at the French Open where she battled a shoulder injury.

The Limpopo born in 2018, managed to qualify for the prestigious Wimbledon tournament, the first black South African woman to achieve that.

In the same year, she also competed at the US Open and became the first African wheelchair tennis player to qualify for all four Grand Slam tournaments in the same year.

Image (Cementing the deal with a bouquets of flowers at a luncheon held in honour of “KG” by AvonJustine boss Mafahle Mareletse held in Jozi this week).

SAB commit billions investment to SA and the continent