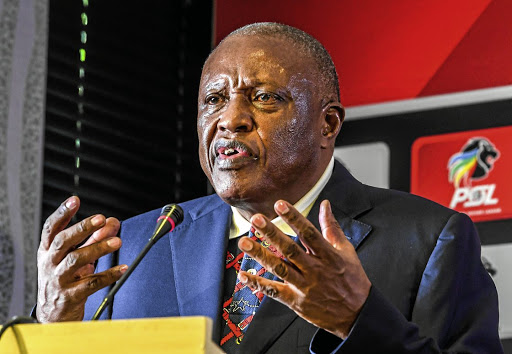 FANS WILL now be allowed to attend the Premier Soccer League games.

This was the assurance from PSL chairman and Orlando Pirates boss Dr Irvin Khoza, on Tuesday.

Venues will be allowed to host up to 50% capacity starting with the Nedbank Cup Quarter-final fixtures on the 8th & 9th of April 2022.

According to Dr Khoza, the 50% of stadium capacity will be allowed for vaccinated and COVID-19 test negative fans and their respective IDs.

There was confusion when PSL had initially refused to allow fans back at stadiums, though government regulations allowed for 2000 supporters to attend.

The only game the league did allow fans in for was the MTN8 final last year between Sundowns and Cape Town City.

Meanwhile, SA Gvt seeks to end the State of disaster.

The cabinet has proposed regulations of which the public has 48-hours to comment but some of the regulations will remain up to 30 days.

Its back- the MTN Bushfire fest

Relaxed Covid 19 regulations a concern ahead of Easter Holidays

SA bomb survivors tell of the ordeal at the Turkish Airport!