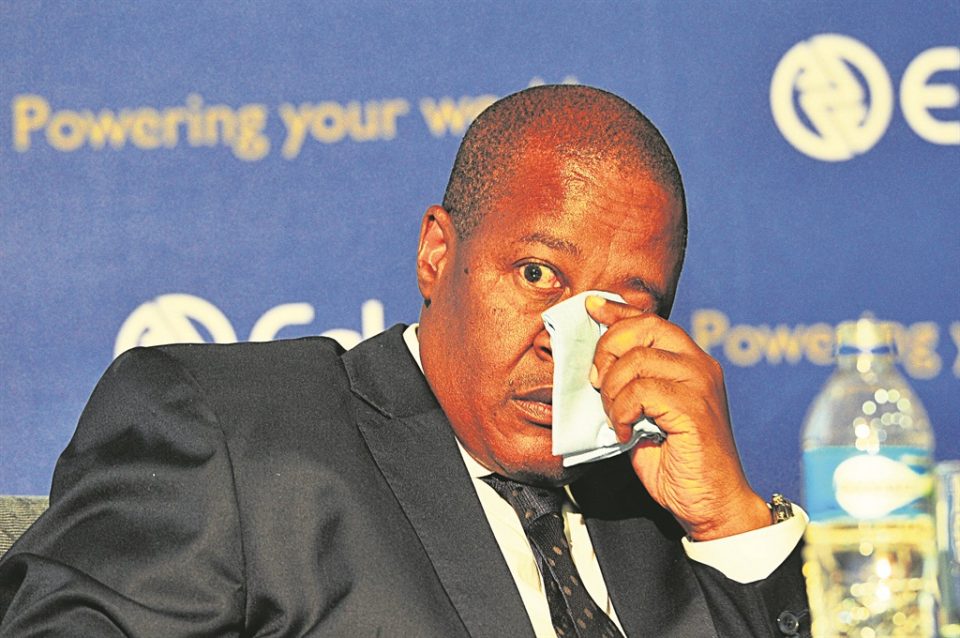 BRIAN Molefe pay back the money or else…

The former Eskom boss has been ordered by the North Gauteng High Court to pay back the pension fund amounting to R10m, earlier this month.

But the ‘cry baby’ Molefe is beating about the bush.

Now the Eskom pension fund is going after him to pay it with interest within 10 working days.

The pension dates back to 2018, when a court set aside all Molefe’s Eskom-linked pension payouts and ordered him to pay back the money he had received.

It has been confirmed the Gupta linked Molefe is considering to appeal the ruling.

“The fund believes there are no merits to Mr Molefe’s appeal, and it is an attempt to delay the implementation of the court order,” said the funds’ chief executive Shafeeq Abrahams.

But the former Eskom boss did not pay back the funds, arguing that he didn’t know how much he needed to pay.

On 4 July, Judge Norman Davis of the North Gauteng High Court in Pretoria set out what Molefe had to pay: R9 985 540, plus interest calculated from 31 October 2019.

Davis also thought it necessary to reconfirm Molefe’s obligation to “proverbially ‘pay back the money'”.

In his ruling, Davis questioned the logic of Molefe’s legal defence, which appeared to agree that he needed to pay back money to the pension fund. If this was the case, why had he not done so, Davis asked?

The troubled utility can do with any cent owed to settle its ballooning debt.

Pres Zuma attends WEF on the back of economic decline!