Entertainment, brains and beauty galore at the Miss SA pageant!

With Sun City under-going a multimillion facelift, the spotlight falls on Carnival City, for the much anticipated Miss South Africa Pageant.

March 19-intially next weekend- will be a hive of activity as gorgeous ladies of mzansi with brains take center stage. Yes, there will be lights, camera and action!

Presented by Sun International in collaboration with Cell C, will feature musical talent as well as an appearance by US’s Monique Bermingham, who has found a new home in mzansi. 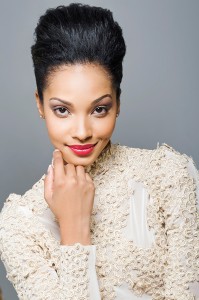 Handing over the reins. Gorgeous current Miss SA Liesl Laurie will be be passing over the baton on March 19.

Other line-up includes MiCasa, Prime Circle, MiCasa, Sketchy Bongo and Shekhinah who will entertain the live audience as well the thousands of TV viewers watching the broadcast on M-Net (DStv channel 101) and Mzansi Magic (DStv channel 161) from 17h00 until 19h00 as 12 of the country’s most beautiful young women vie for the Miss South Africa crown.

‘So my job for 2016 is to travel around Africa representing Miss World. Instead of PE, Durban and Cape Town I’ll be travelling to Uganda, Mali and Chad. I am looking forward to the next challenge, the next growth point for me. I have had a wonderful year as Miss South Africa.

I hope that my reign as Miss World Africa will be as good as my year as Miss South Africa was,” she was quoted.

On the evening of March 19, she will be handing the crown to another lucky winner.