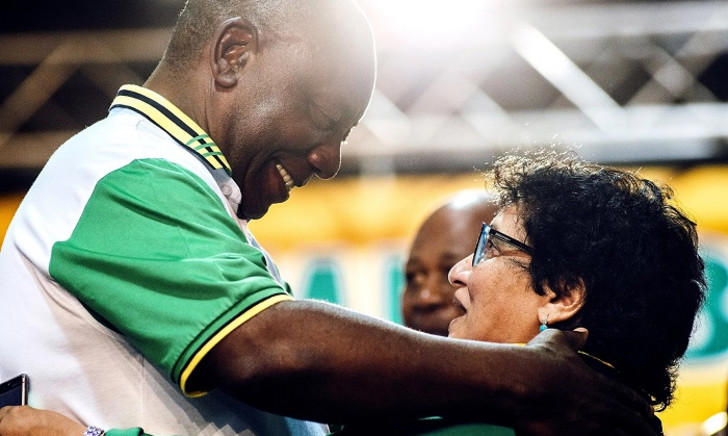 THE SERVICE of the late ANC stalwart Jessie Duarte has been held at the Johannesburg City Hall.

The former deputy Secretary-General died due to cancer last week and was buried in custom to Muslim rites.

Jessie, too many, was a mother, mentor, outspoken and a fierceless fighter. She was described as accessible to everyone.

ANC NEC member Dakota Legoete says the ANC plans on respecting, honouring and continuing to pay homage to her by ensuring that they live and lead in accordance to Duarte’s wishes.

Image (Embraced by Pres Cyril Ramaphosa. Jessie Duarte will be missed by all in the ANC and the country at large).