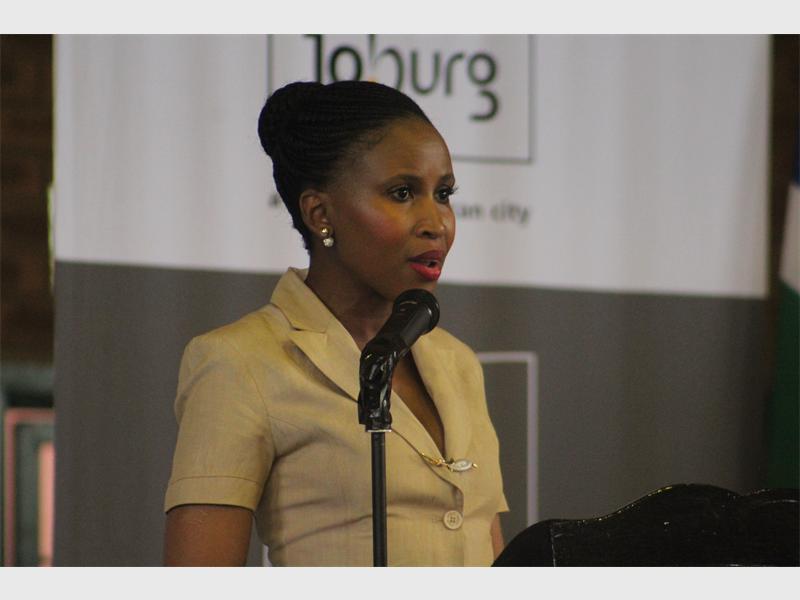 Come forward for help if can’t afford power but if you are cheating, the law is coming for you, Mayor Dr Mpho Phalatse has warned.

The recently elected mayor has spoken.

Residence who struggle to afford power should seek help with applications. But for those who do have the means but avoid paying anyways, the law will find you.

“There’s a lot of support for the hardline that we have taken, that the culture of non-payment will no longer be accepted,” Phalatse said.

“Those who can’t afford have a responsibility to register for the City Extended Social Package (ESP). We will be continuing with that position. The ESP is a basket of subsidies and rebates for financially distressed ratepayers.

The City’s head said that Johannesburg locals who don’t pay for electricity when you afford to do so are simply acting unlawfully.

“This means you only have two options. You either can afford to pay but you are not paying, or you cannot afford to pay and you are registered for ESP. Anything in between will make you vulnerable as a resident to illegal acts.”

As one of the key areas to tackle since here election, Phalatse is determined to help ease the enormous pressure that Eskom is facing as a result of illegal use of power.

The city is acutely aware of the dangerous stealing of electricity in places like Soweto.

“There’s a lot of support from ratepayers from across the City, who indirectly have been carrying these non-paying areas.

“I have been approached by residents to mediate between themselves and Eskom. I have engaged both the residents and Eskom to try find the middle ground.”

“Eskom is concerned about acts of criminality within the electricity supply space, where some residents have been found fiddling with infrastructure, connecting illegally to the grid, bypassing meters and even purchasing power from ghost vendors. Again Eskom is lamenting the culture of non-payment,” said Phalatse.

There is however some positive progress that provides added reason for optimism. Phalatse said previous users of electricity without paying have decreased. A number of residents have started to pay for power.

“I think finally Johannesburg is going to get the best of the best. They are going to get what they deserve,” she said.

Meanwhile, the Mayor says residents expect all the 18 political parties represented in Council to work together, reports Sello Nchwe.

She was speaking on Tuesday, at the Conny Bapela Council Chamber, at the swearing-in ceremony of 10 Members of the Mayoral Committee (MMCs).

She told the newly installed MMCs that they have been forced to work together by residents despite their different political ideologies.

“From our development planning frameworks, to how we distribute resources, to our understanding and support of poor communities, and our enabling nature towards the business community.

We have a mammoth task of understanding and managing the diversity that is before us. Each and every one of our 6 million residents is counting on that,” said Mayor Phalatse.

The Mayor and the MMCs come from the Democratic Alliance, Action SA, Inkatha Freedom Party, Freedom Front Plus and African Christian Democratic Party

She said all the MMCs have to put their political parties’ hats aside and become members of one team.

“We are all from different political formations yet members of the same team. We have a natural inclination towards competition, with the view to eclipse or overshadow our colleague, but in this setting the co-dependencies between the different portfolios require of us to desire for our colleague to excel, in order for us to excel,” she said.

She urged all the incoming MMCs to collaborate, support each other and engage in the healthy competition for the benefit of service delivery.

“It is in this spirit that I would like to see the MMCs move into this term of office because a house divided amongst itself cannot stand. And as we stand here today, we’re all members of one team regardless of which political parties we come from. We are going to be building one city of Johannesburg and one legacy that we all together can hand over to the next generation,” she said.

The Chief Whip of Council, Tyrell Meyers, said the City is in great hands under the leadership of Mayor Phalatse and the MMCs.

The City of Johannesburg’s 6 million residents have their hopes of service delivery pinned on the newly sworn-in multi-party government.

Let Chery Tiggo 4 Pro take you on an ‘unplanned’ road-trip this festive, along with you cherries

SAB rolls out environmentally conscious labels on its products