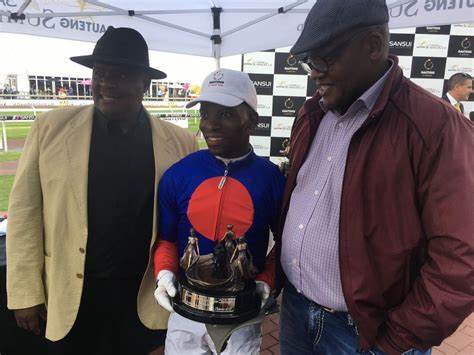 Mthembu, a distinguished businessman and hospitality sector guru succumbed to Covid-19 this morning, according to family. He was admitted at Chris Hani -Baragwanath Hospital, Soweto.

“It is true that my brother has passed away in hospital due to Covid-19. We got the message this morning. He has been in hospital since last week Sunday,” says brother in law Ishmael Mkhabela.

Mthembu was a Sowetan and attended a school at Orlando High.

‘It is said when the bug has bitten there’s no turning back’ when Mthembu began like any young and ambitious boy by joining an insurance company many moons ago. This is where the bug had bitten and from then on, he grew from one rank to another.

He grew his profile and joined businesses amongst others Tourvest as an executive director.

In 1996 he joined Sun International until 2002 as chairman. He was group CEO at Old Mutual, amongst others.

He also had a stint as chairperson for Gauteng Tourism Agency. At the time of his death he was group executive chairman for Manoja Leisure, Wananchi Leisure Investment Company.

He says they would like to send messages of condolences to the family, friends and all those who worked with him within the tourism sector and outside.

“He was a peoples-person, a loyal servant to the masses and his work and dedicated as well,” he says.

He also loved his country and particularly Gauteng, for which he contributed a lot.

For his resilience and revolutionary stance, he was former president of the Azanian People’s Organisation (Azapo).

“This may sound like a clichè when we say Khehla Mthembu’s passing on further depletes the cadre of solid Black leadership. We mean this with all the sincerity and honesty from our hearts,” says Mpumalanga Tourism Agency chairperson, Thulani Nzima.

“The loss of Khehla, coming on the back of the recent passing on of Jabu Mabuza, Peter Matlare, etc further increases the Black management gap that we solely need.

Khehla was a stalwart, corporate leader and a selfless guiding beacon of hope to many of us. We’ll miss his calm demeanor and candour.

I met the likeable Mthembu on several times on work assignments and he would avail himself for interviews without hesitation. We became more social to each other when Gauteng Tourism Agency (he was the chairperson of the board) took a bunch of scribes to now troubled Mozambique as part of tourism familiarization campaign in 2016.

He would sit under the baobab tree in shorts at the beach, accompanied by his favourite wine and cigar -day long, (if not playing his favourite sport- Golf) as we went for a boat cruise.

Yes, his demeanor smile will be missed.

Shocked and lost for words Barba Gaoganediwe- acting CEO at Gauteng Tourism Agency, said upon hearing on the news of the passing, he failed to believe this could have happened to a person he had worked with for a while.

“From business to tourism industry, I personally learnt quite a lot from him, especially when he was our chairperson at the GTA. He was an astute businessman, and as GTA would like to send our deepest condolences to famlily, friends and associates within the business sector,” says Gaoganediwe, who said he was an eye-opener on numerous matters because of his intellectual capacity.

Rest in Peace Kehla Mthembu. We Thank God for Your Life. You left a footprint in our hearts and minds, commented Ndabeni, chairman of Global Tourism Legacy Networks Pty Ltd.

Details on memorial and funeral details will be made soon.

Image (Kehla Mthembu a business-person with panache for good things in life will be missed. He’s seen with ex-GTA chief executive Sipho Ngwenya, at one of GTA’s signature horse racing events).

From President to Prison- the story of JG Zuma

A concert for the (dis)abled to rock Diepkloof on Saturday