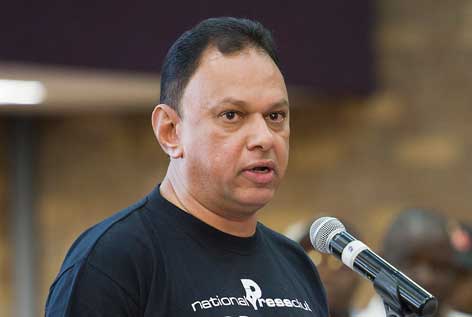 AS WE grapple with rising crime, the post-pandemic economic slump, increases in the fuel price and destructive weather, the last thing the country needs is more bad news.

However, recent crime statistics released by the police ministry paint a bleak picture, particularly when it comes to kidnappings, which are on the rise.

Between October and December last year, 2 605 kidnapping cases were reported, which is 686 more cases compared to the previous reporting period. The last four months of 2021 showed the highest number of reported kidnappings in five years.

Warren Myers, CEO of South Africa’s on-demand security and medical response platform AURA, was joined by anti-crime activist Yusuf Abramjee in the third of a series of monthly webinars to discuss this worrying situation and what citizens can do about it.

“Kidnappings for ransom are operated by large, specialised syndicates, who are demanding anything between R500 000 to R20 million in ransom,” says Abramjee.

These gangs are starting to realise that a lot less effort is needed to orchestrate a kidnapping than other major crimes — all that is required is a telephone and a bit of homework done on the victim, and they can name their price.

“The perpetrators of these kinds of crimes are opportunistic, targeting business and high-profile people from wealthy backgrounds. After choosing a victim, they put them under surveillance over a period of weeks or months, take them at gunpoint and keep them until they get the ransom money.”

On the flip side, kidnapping is also rife in lower-income communities, but it’s done on a lesser scale, according to Abramjee.

“In these situations, gangs will pick up a victim and demand a small amount. The person pays what they can via e-wallet or something similar and the person or child gets dropped off again.”

It is important to note, though, that while kidnapping for ransom is on the rise, the majority of kidnapping cases are hijacking and robbery related.

“Over 60 percent of kidnappings in Gauteng are a result of victims being hijacked and taken to ATMs to drain their credit cards. This is classified as kidnapping when it is reported,” explains Myers.

Myers and Abramjee share some advice on how to be proactive and avoid becoming a kidnapping victim:

Fortunately, advances in technology are making it easier to prevent and control crime.

An example of this is AURA’s emergency response platform, which gives users access to the closest vetted private security and medical response unit to their location at the touch of a button.

This service is available via some of South Africa’s most trusted organisations.

“Being part of a network that enables you to get help anywhere, anytime at the push of a button is crucial in this crime climate,” says Myers.

If you want more information on how to access this emergency service powered by AURA, visit its partner page https://www.aura.services/our-partners/