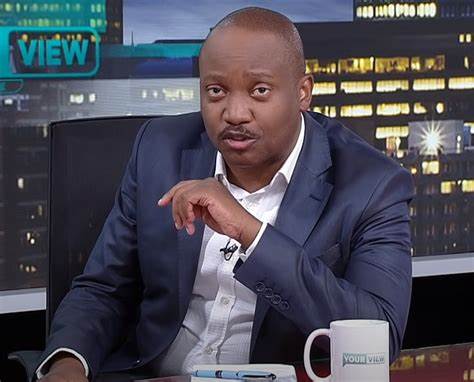 FORMER ANC national executive committee (NEC) member Trevor Manuel is considering taking legal action against controversial media personality JJ Tabane after he refused to retract claims that Manuel had a hand in the formation of Cope.

Speaking to News24 on Thursday morning, Manuel said Tabane had confirmed that he had received his letter and that he was indeed interviewed on the podcast Hustler’s Corner.

“If he [Tabane] is refusing to retract, the only means I have to make him retract is to take the legal route,” he said.

He added that he had set the litigation in motion on Thursday morning, and his legal team was working through what charges to bring against Tabane.

“They [the legal team] will look at this from every angle in terms of whatever way forward is available, and I want them to be thorough in what they advise me. I have to wait for them to consider these matters,” said Manuel.

While it was unclear what charges would be brought against Tabane, who does not shy away from controversy, Manuel said one thing was certain, that he would win if the matter went to litigation.

“I know that I am standing on solid ground, and I know that litigation is unbelievably expensive.

“I also know that I can’t lose this litigation if it comes to that, and if I can’t lose, it means JJ [Tabane] will lose, and then someone will have to pay for the litigation, so I don’t understand why he is taking this route.”

The former ANC NEC member was adamant that he had no part in the formation of Cope.

“Apart from being an NEC member of the ANC, I couldn’t have been involved in the formation of Cope, and there be no reports of this having happened.

“When I went back and checked, Cope was formed on the 16 December 2008, and if I were involved at that event or present at that event, some journalist would have said isn’t that the minister of finance? Why is he here? In May 2009, I was appointed as minister in the Presidency responsible for the National Planning Commission,” Manuel said.

He stressed: “Do you think that would have happened if I had come out as a person who was a founder of Cope? It would not have happened”.

He added that he did not understand why Tabane was “taking on, this bring-it-on hard route”, and that it was “very unfortunate since he had the option to retract”.

On Monday, Manuel confronted Tabane regarding his interview on the podcast that was aired on YouTube three weeks ago, informing him that he had until the close of business on Wednesday to retract the “falsehoods”.

Manuel said Tabane’s claim that he was a part of a handful of senior ANC members who were behind the formation of ANC splinter party, Cope, was “simply not true” and amounted to him “peddling a false narrative in the full knowledge that it was untrue”.

He then gave Tabane “until the close of business on Wednesday, 11th May 2022 to comply” with his demands”, failing which he said he would “have no alternative but to commence legal proceedings” against him.

Tabane is reportedly sticking to his guns and willing to defend his allegations in court.

News24 was unable to get comments from Tabane despite numerous attempts. His comments will be added once received.

Image (Sticking to his guns. Dr JJ Tabane says ‘come hell or high water’ will not budge and stand by what he said).

Kidnap cases on a rise in mzansi