THE POLITICAL landscape is changing and fast. 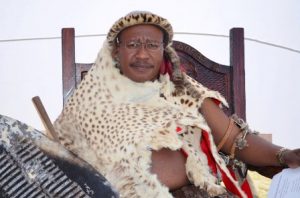 With 2019 national voting elections fast approaching, South Africans will wake up to news that a new political party has been born and guess what, it will contest the elections.

African Renaissance Unity (ARU) led by His Majesty King Bryce Mthimkhulu III who is from KwaZulu-Natal (Eshowe), according to insiders, will lead the party that represents Traditional Communities and Traditional Leadership in SA.

ARU’s main mandate is to restore the dignity of its people and give them the chance to heal and prosper.

According to a press information, ARU undertakes to deal with the colonial syndrome which has been inflicting pain and suffering on’ our people’.

“Successive governments of the new dispensation have failed for more than two decades to bring the hope of a restorative, egalitarian and non-sexist society as enshrined in the Constitution.  These successive governments have been dented by corruption, nepotism, incompetency, plundering the resources and the wealth of the country, and on top of that they have been colonial exigencies.

It believes “these governments have turned our institutions into hooliganism, undermining the chapters of the constitution and the interest of the people, and consequently dehumanising the people and further segregating the society.”

Says His Majesty King Mthimkhulu III: “We will be involved in nurturing South Africans from birth to empower all our citizens to become productive and competent partners in capacity building (capacity building means all economic sectors in this global village which is equipped with advanced technology). ARU undertakes to find solutions to look after the elders and vulnerable people.

ARU is empowered by a think tank which is setting various short, medium and long-term policies to address all the challenges facing our people and restore the damages of apartheid and the successive governments thereto,” says the King, whose party was formed December 2017.

It’s principles are based on, amongst others:

*emphasising the role of the traditional leadership as it is interwoven in the social fabric of South Africa;

• brings together the inherited wisdom, vision, and compassion, embracing all the people who are living in South Africa;

• promotes the shared interest of the collective and individual in good governance and sustainable development for a better future;

• endeavours to achieve the unity of the people of South Africa;

• embraces the diversity of the people of South Africa, their cultures, religions, and various belief systems;

• acknowledges the value of women and the youth and their participation in restoring the legacy and culture and promoting the future of South Africa;

• recognises the right of the people to overcome the malicious injustice of the colonial past which continues to inflict pain and suffering on the people of South Africa;

• admits that the role of leadership positions within institution of traditional leadership as pronounced in the Act has been limited for two decades.

In 2016, the KZN Provincial Government and the department of Co-Operative Governance and Traditional Affairs, prevented Mthimkhulu to stop calling himself the King of AmaHlubi.

Former President Jacob Zuma nor Premier Willies Mchunu did not  recognise him “in any capacity as either inkosi or the king”.

The then acting Judge M Monyemore of the Pietermaritzburg High Court issued an interdict against Mthimkhulu.

Fast forward to now, according to a source close to the King, he was cleared of all charges in January 2018 by the same Pietermaritzburg Court.