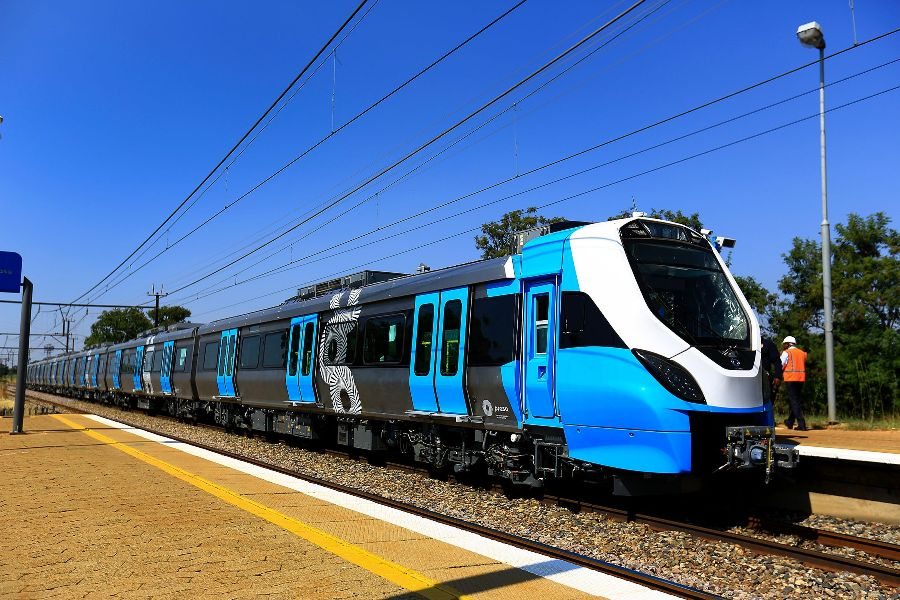 Today the troubled Passenger Rail Agency of SA (Prasa) management was joined by the minister of transport Fikile Mbalula, at the Mabopane station north of Pretoria en-route to Pretoria to inspect the return of service, which started operating this week after a two-year suspension.

Train commuters in Mabopane, as one would expect, were thrilled to see service back on track.

They’ve complaint about the abuse, torture and ill-treatment endured from taxi-drivers and ever increasing taxi fares.

“Everything has a beginning and the end, and for us this is the beginning of good things to come,” says the elated commuter Andries Manyathela, 19, from Soshanguve.

“We promise to take care of this hard-won battle as we see the return of trains back in our communities. We had no option to but to use taxis and other modes of transport of which it is expensive,” says Manyathela, a 2nd year Law student.

Mbalula opined that “I hope we have all learnt a lesson because a taxi is so expensive. Other people had to resign because they could not afford taxi fare, it was really tough,” he said, adding that it is the responsibility of commuters to protect their stations.

“We cannot be OK with watching people vandalising infrastructure or property. This time we really learnt the hard way, it was tough without the train,” said the minister.

“It was humbling when we took the ride, the commuters some of them were close to tears appreciating us for returning the service, thanking the minister on board and thanking Prasa.

It’s time we protect our infrastructure and security must be on high alert as vandalism and stealing will still continue, says the worried but excited Tumelo Moerane from Pretoria CBD.

Other train stations will also be rehabilitated at a cost of billlions throughout the country by Prasa.

Well, its stories like this that brings hope to millions who depend on and use rail everyday to prosper.

Royal family at odds once AGAIN!

Influential ‘external forces’ wanted me out of SABC- Robert Marawa