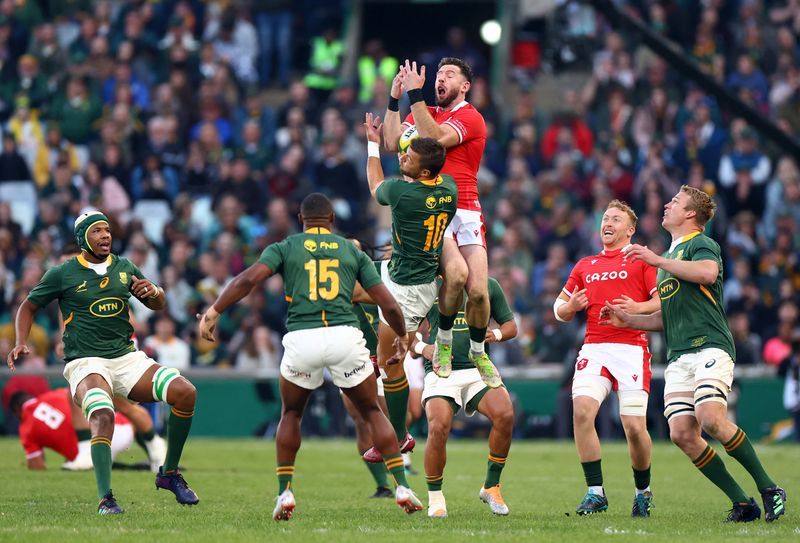 WORLD CUP champs SA will be going full-throttle as they face Wales on Saturday’s decider in Cape Town.

This follows last week’s slender win by the visiting side 13-12 at the ‘City of Roses’ in Bloemfontein.

Coach Jacques Nienaber took a gamble (talk of hit back) by resting most of his senior team, and for many it did not sit well as the ‘B’ team consisting of debutants lost the ball in critical stages.

As a result, the bespectacled Nienaber has now gone for a jugular by recalling all his top players for this decider.

“In such big games it is always important to dominate physically, that is key in the result, and we are expecting nothing different on Saturday,” De Jager told reporters on Wednesday.

“For us this is a final, the series is on the line and Wales feels the same way. We have big games coming up this year and next year, so it will be good for us to get used to pressure games such as these.”

The series is locked at 1-1 after the Springboks claimed a 32-29 victory in Pretoria, and lost last weekend in Bloem.

Wales, might have created history by beating Boks in its own backyard; but on Saturday they should expect no mercy from the rugby world cup champs- as they go out full-throttle!

Image (Aiming high. Boks are ready to defend their pride as they seek to win the Castle series against very stubborn Wales on Saturday in Cape Town).

Want to purchase a car, here are the tips to avoid being scammed