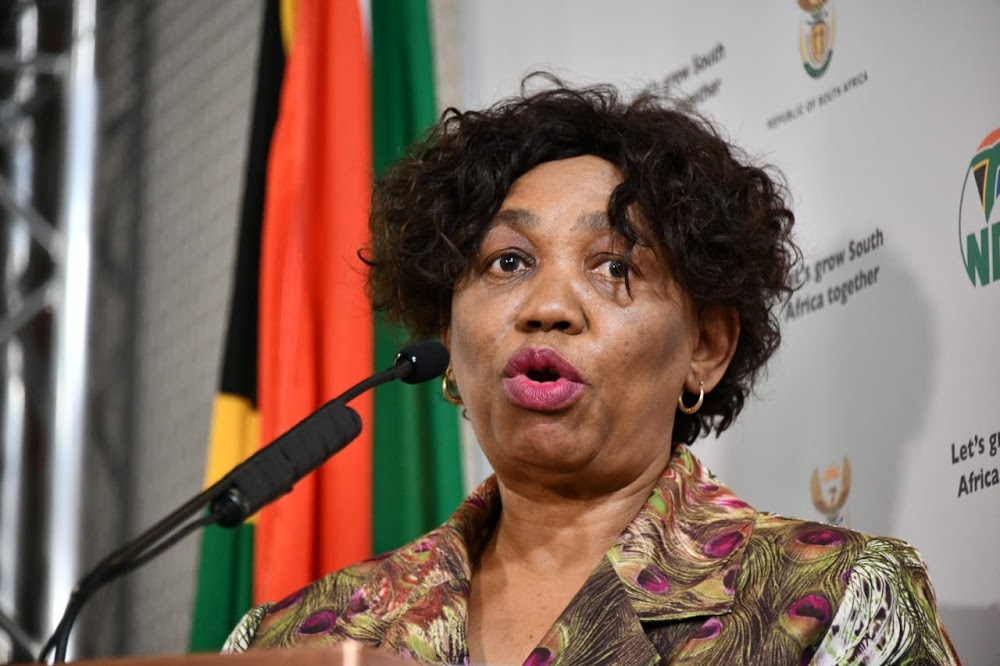 Although with Covid-19 in their minds, some parents are worried about school fees.

In Naledi, Soweto pupils at Mohato Primary and Naledi High were in high spirit as the rainy weather welcomed them back in uniform, face masks and sanitisers on hand.

Some did agree the long unfortunate break turned them into ‘rusty mode’ but were ready to pay the ball as the academic year was disrupted.

“I know for sure our classes and the whole school will be fumigated because our parents did help to decontaminate last week in preparation for today,” says Grade 4 learner Keitumetse More, from Mohato Primary, whose classes were spot clean.

Mohato and Naledi High are some of the 2.3m pupils who returned to school today in Gauteng.

Although the MEC for education in GP Panyaza Lesufi did say there were 1500 pupils who did not get admitted to school, as preferred by parents, they’re working around the clock to remedy the situation.

“We’re in contact with parents to sort this matter out as soon as possible,” said Lesufi, during his official opening of state of the art Abram Hlophe Primary School in Katlehong, Ekurhuleni, on Monday.

With pockets of grass and weed at some spots, the school is ready to resume their academic season, and one Grade 11 Sipho Mbele (15) says he’s been yearning to meet new friends and resume his studies.

“I’ve been ready since the first day of the new year because I want to study Medicine or perhaps follow in the footsteps of ntate Molefe,” he said with a chuckle, as his Maths teacher was sanitising and checking his temperature.

Asked what were his views on schools asking for fees, Mbele responded without hesitation, for now it won’t be fair because schools just opened but as times goes it should be paid.

It can’t be free, although we know the pandemic has caused much pain and jobs were lost, he said.

Parents who wonder if they can skip paying school fees in the context of Covid-enforced longer school breaks have been categorically given the answer: they must pay up.

“It is important to clarify this matter. There are two types of public schools in the country, the fee-paying schools and no-fee paying schools. Fee-paying schools are allowed to charge school fees, as determined at the annual general meeting of the SGB [school governing body]. Therefore, the payment of school fees in such schools is mandatory,” she said.

Motshekga added that fee-paying schools “have the authority to enforce parents to pay school fees through legal means”.

“The liability of parents is determined through an affordability formula, which can be used to determine whether a parent can be exempted partially or fully from paying school fees.

“There are other instances where parents are unable [to pay] because of the impact of the virus … because this decision is taken by SGB, they should make representations to the school to make sure that the necessary procedures and protocols are followed,” the minister said.

As expected some teacher unions have expressed reservations on the opening schools citing some teachers in the rural areas will not cope due to non-compliance of Covid 19 regulations such as PPEs, etc.

Meanwhile, the long awaited 2020 matric results will be made from February 19.

According to UMALUSI, the quality assurance body, the results will be credible.

Here’s how you can access the results via SMS or online.

The IEB website will have results ready for pupils to check on the day of release.

All that’s needed is a pupil’s exam number and date of birth.

The Department of Basic Education and SABC Education are offering the usual USSD, SMS and online portal service.

• Dial 12045856# enter exam number to register
• You will be charged R1.50 per minute
• Results will be sent to your phone once they are available

Visit the department’s website and enter your exam number in the provided bar.

Rising musician Fezeka and crew commemorate June 16 in their hometown