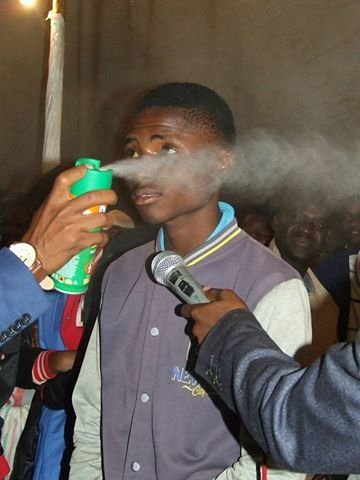 “It is alleged that the suspects pose as prophets and mainly target students. They will stop their victim and start prophesying to them,” said police spokesperson Capt Xoli Mbele.

“In one of the cases, the victim was lured into bringing her laptop and those of her roommates together with her cellphone and she was transported to a local supermarket, where she was required to buy salt and water. Upon returning from the store, the fake prophet was nowhere to be found.”

The public was advised to take heed of safety tips to avoid becoming victims of the scam.

“Do not stop for any strangers in the streets, let alone give them an ear, no matter how true what they say may sound,” said Mbele.

“Do not take or listen to any spiritual advice from strangers.

“Genuine prophets will never request your personal belongings on the streets, or money.”

Residents are urged to report such crimes to their nearest police station or via the MySAPS app which can be accessed on any smartphone.

Image (Prophets of ‘Doom’. Residents warned of fake prophets who lure students only to steal from them).

Mbalula hangs out with world’s best in Spain!