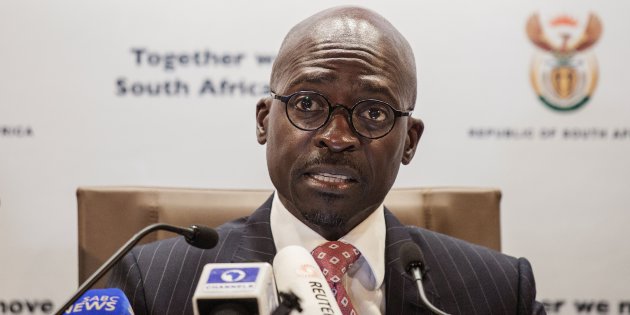 The ratings agency decided the economic crises President Jacob Zuma plunged the country into with his midnight cabinet reshuffle on March 31 was too severe to wait until June 2 for its next scheduled review of SA’s sovereign rating.

Zuma’s firing of respected finance minister Pravin Gordhan and his deputy Mcebisi Jonas saw the yields on the government’s benchmark 10-year R186 bonds surge from 8.355% to 8.84% on Monday. The yield on the R186 bond spiked at 10.4% on December 11 2015 when Zuma caused chaos by appointing Des van Rooyen as finance minister before bringing Gordhan back into the job to calm markets.

Moody’s is scheduled to release its sovereign rating review of SA on Friday. Moody’s is the most generous of the three major credit ratings agency‚ placing SA at Baa2 which is equivalent to BBB — two notches above junk — in S& P’s and Fitch’s nomenclature.

Fitch‚ which rates SA on the edge of junk at BBB-‚ does not forewarn when it will release its reviews.
“We think it is very likely that all the agencies will downgrade the sovereign credit rating by one notch each‚” RMB currency strategist John Cairns said in a note on Friday.

“This means that the foreign currency credit rating from S& P and Fitch will fall to BB+‚ while it will sit at the edge of investment grade at Moody’s‚ Baa3. We think all three rating agencies will retain their negative outlooks.

“Moody’s action will occur as per schedule on 7 April. Fitch is not bound by a timeline so it can also act quickly. It is not certain but S& P might bring forward its review to the coming weeks‚ ahead of the scheduled June 2 deadline‚” Cairns said.

Meanwhile, some economist analyst down played the status junk but warned it might affect the economy, reports Sydney Morweng, news editor.

Speaking during a breakfast show on Tuesday, one analyst pointed out that between 2007/08 some of this rating agencies were involved in scandalous activities, thus at times their opinions are questionable.

“Yes, we accept the cabinet reshuffle might have affected the agencies to downgrade our economy to junk status since the same agencies have a huge say in companies that invest in the country; but at the same time, this does not mean we cannot convince investors to consider SA,” commented an analyst.

Their motives are questionable since this will adversely affect the economy one way or the other, he said.

The world’s favourite Colour Run returns to Soweto, yet again!

Nedbank Cup semis- its either you crash out or cruise to the finals!