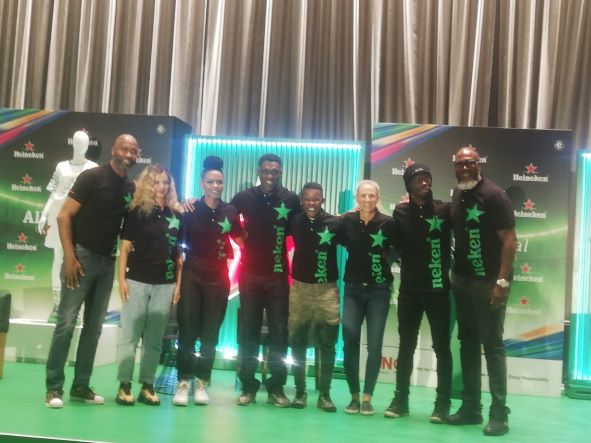 SOUTH AFRICA is a country with full potential and women’s football should be prioritised, says Clarence Seedorf.

Seedorf is a four-time UEFA Champions League winner with three different clubs, and has been invited to showcase his skills in the country as part of the Heineken All-Invitational five-a-side exhibition match.

The match is scheduled for this Saturday evening at Gallagher in Midrand.

“I love this country and me being invited to come and grace this exhibition is personal,” says Seedorf, accompanied by that signature smile.

Sport and particularly women’s football is close to my heart because I have three-daughters who also follow football, he told a packed media at the launch.

“Through this involvement we want to show SA that the game is for everyone by celebrating inclusivity and diversity in football. The All-Invitational is thus not only designed to thrill fans but to challenge stereotypes and change mindsets, hence the five-a-side showcase will welcome both male and female football all-stars to the same pitch.”

Former Kaizer Chiefs goalminder Brian “Spider Baloyi said the match exhibition by Heineken dispel the notion that one gender is better than the other.

“Women continue to play a very critical roles in our communities and as such, should be respected. I’m happy that there’s growth in women’s football development in our country and the more we make noise the better for them and sponsors will begin to offer that support,” says Baloyi, whose words were also echoed by another ex- AmaKhosi midfielder Reneilwe “Yeye” Letsholonyane.

Bafana Bafana a must win against Libya

Vusi Nova opens up on drugs, losing Mom and much vaunted Somizi relationship