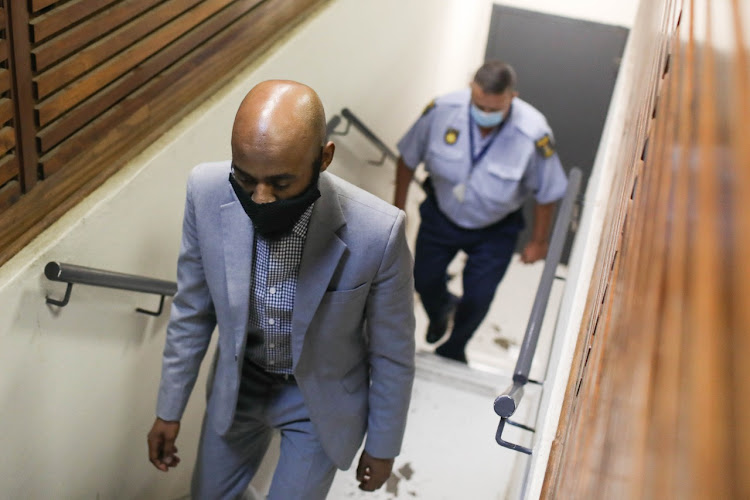 THE JOHANNESBURG High court will resume sentencing proceedings for the mastermind behind Tshegofatso Pule’s murder, Ntuthuko Shoba, on Friday.

Wilson said he needed some time to evaluate the arguments in mitigating and aggravating circumstances submitted by the state and the defence.

Shoba’s lawyer Norman Makhubela submitted that when deciding the appropriate sentencing, the court should be guided by the contents of Shoba’s pre-sentencing report.

He said when Shoba took the stand during the trial, he lamented that there had been a loss of life and is not ignorant that it had a negative impact.

“Not only to himself, not only to his own family, not only to the family of the deceased but far and wide, including her friends and relatives and I am instructed to place it on record he acknowledges that,” he said.

Makhubela told the court to strike a balance between the offender, the offence and the victim and be mindful not to impose a punishment that may be perceived as cruel, inhumane and degrading, despite what is before the court and the facts that have been accepted.

Shoba was found guilty in March of murdering his lover, Tshegofatso Pule.

She was eight months pregnant when she was found dead in June 2020, with a single gunshot wound, hanging from a tree in Durban Deep, Roodepoort.

Shoba was caught after the hitman he hired, Muzikayise Malephane, was arrested.

Malephane confessed to the crime and implicated Shoba as the mastermind, saying Shoba had wanted Pule killed because he was afraid his fiancée would find out about his affair with her.

Malephane pleaded guilty to the murder and is serving a 20-year sentence.

Makhubela said Shoba didn’t act alone in the commission of a crime and despite Malephane pleading guilty, there was little difference between the two in committing the crime.

He argued for the court to impose a term of 20 years imprisonment, similar to that of Malephane.

“The fact that the accused did not plead guilty should not be seen as negative. He is exercising his constitutional prerogative in these circumstances,” said Makhubela.

State prosecutor Faghre Mohamed argued that Shoba’s degree of participation in the murder was of a more aggravating circumstance.

He said even after Pule’s death, Shoba continued with his life.

“It appears that his conscience doesn’t bother him. The day after the murder and even during cross-examination, he went about his normal activities as if nothing happened,” said Mohamed.

Dressed in a grey jacket and pants, Shoba appeared calm during the proceedings in the accused box. People from the GBV brigade, church congregants and Pule’s family filled the court gallery to capacity.

“Another aggravating factor was a contract killing my lord,” argued Mohamed.

He said it is imperative for a court to send a clear message that such crimes must be severely punished, and asked the court not to attach more weight to Shoba consulting a psychologist after the death of Pule.

“Apparently he claims that he was traumatised. It is clear that this aspect of trauma comes from Mr Shoba,” he said, referring to the pre-sentencing report prepared by Jessie Thompson.

He concluded that the state submitted that the appropriate sentencing, given the circumstances, should be the minimum sentence which is life in prison.

Shoba had requested a private social worker to prepare a pre-sentence report to provide a comprehensive and balanced view of his circumstances, to assist the court in determining the most appropriate sentence.

According to the report, Shoba described his family as middle-class, that had always been financially stable and used to go on holiday two or three times a year.

The report states that a month or two after reports of the deceased’s murder, the accused consulted a psychologist.

“He mentioned that he was traumatised by the news of her death, the speculations in the media and not being able to attend the funeral. During this period, he also lived with his father for about a month,” read the report.

After the court proceedings, Pule’s uncle and family spokesperson Tumisang Katake, told journalists that the circumstance of Shoba’s case compared to Malephane were different. “He [Malephane] pleaded guilty, he [Shoba] did not,” he said.

He said Malephane showed remorse and even handed the family a note begging for their forgiveness while Shoba didn’t.

“He (Shoba) still maintains his innocence with regard to this whole ordeal but wants to paint himself as the person who was traumatised because of Tshegofatso’s killing. We cannot take that, we cannot accept that as a family. We still maintain he deserves a life sentence,” said Katake.

Mlindo the Vocalist unleash sophomore album at the launch in Tembisa

Nel was being investigated by his boss before resigning!