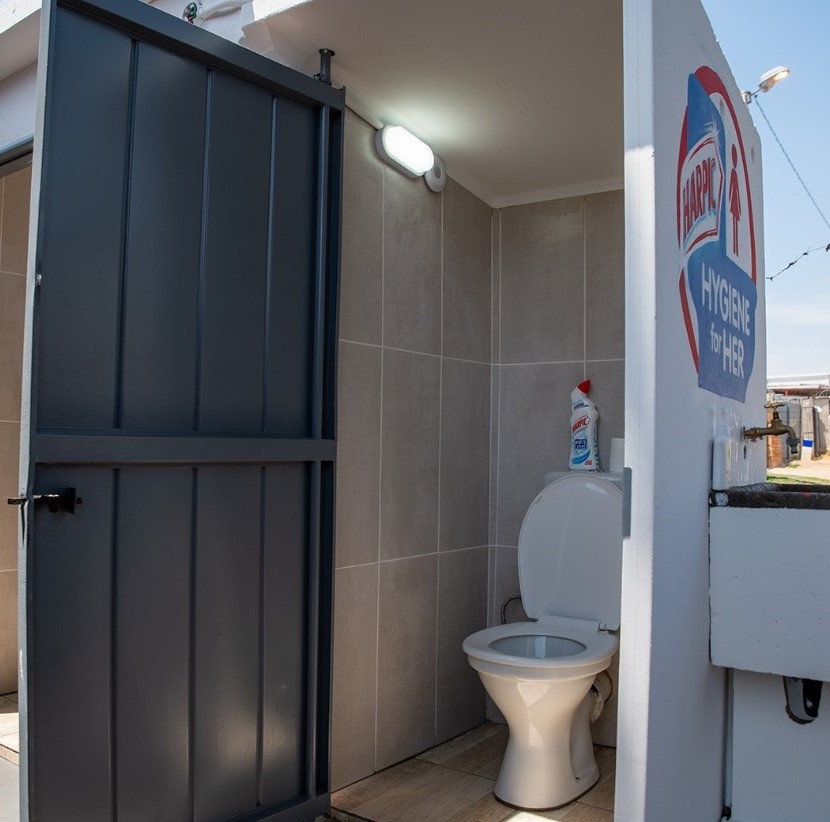 WITH THOUSANDS of schools in mzansi still using pit-latrines, Harpic has partnered with some of SA celebs to elevate the fight to end this unfortunate stigma.

Learners, especially in rural or remote areas, face this phenomenon and some end up falling into those pit toilets, of which our Government is failing dismally to stem until this day. Sies!

So, Harpic has continued with itsprogramme aimed at rebuilding and restoring toilets in communities, with the objective of providing better hygiene and sanitation for women and children.

It was first launched in Zandspruit, as a pilot project in 2020, by Harpic, and went on to develop #HarpicHygieneForHer campaign.

To drive the message it solicited the help of well-known figures to be part of the programme, at the launch held recently in Klipfontein, Midrand.

“This truth applies across the entire socio-economic spectrum of women. However, the circumstances of lower income communities are even more severe. Public and shared toilets in these communities can be unhygienic, unsafe and are typically not suited to women’s needs,” says Marketing Manager, Hygiene, Sarah Ahmed.

“Unisex toilets are often not safe for women and children. Our aim is to ensure that toilet facilities are purpose-built for women, well-lit, secure, and safe, private, provide access to soap and water, include hooks, and are easily accessible,” she said.

“It is encouraging to see top brands such Harpic, invest in improving the health of women in our community. There are high rates of unemployment in Klipfontein, and this has forced many individuals to share a single yard, which puts a strain on the toilets with the result that many are broken, unhygienic or leaking,” says Chantel de Wee, founder and manager of Arise Community Development.

Albeit it was not substantiated how many toilets were repaired, the efforts by the hygienic toilet company should be applauded, and pray other private sectors do follow suit.

“The #HarpicHygieneForHer campaign will, by and large, serve as Harpic’s contribution towards helping government realise the National and International Sustainable Development Goals (SDGs 6*) which aim to achieve adequate access to equitable sanitation, and hygiene for all; paying special attention to the needs of women and girls as well as those in vulnerable situations by 2030*,”says Project Manager, Masibonge Mkhize.

Yes, lets do away with AmaBuckets!

Image (One of the toilets repaired in Klipfontein, Midrand).

Koketso a youth that continues to fight the scourge of drugs