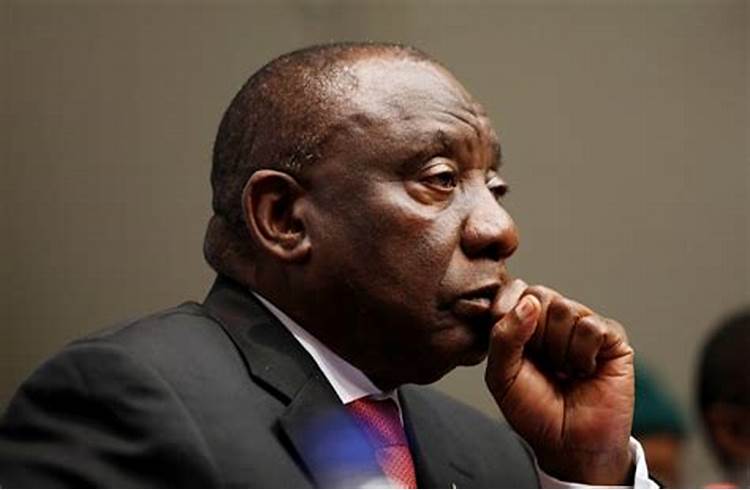 PRESIDENT CYRIL Ramaphosa’s refusal to share further details about the controversial burglary at his Phala Phala farm is expected to be a bone of contention at a planned ANC national working committee (NWC) meeting on Monday.

Former spy boss Arthur Fraser alleged that Ramaphosa covered up the February 2020 burglary at his farm where millions in US dollars were stolen. The source of the money is now at the centre of a money laundering probe against the president.

But News24 has reliably learnt that the president refused to divulge further information at a closed meeting with his colleagues in the party’s top six.

This is expected to raise the ire of his political opponents in the party’s top structure, who believe Ramaphosa is refusing to be held accountable.

Party officials were meant to report back on Monday about their deliberations with the president, particularly money laundering allegations against him.

But two insiders who have knowledge of discussions said Ramaphosa would not tell ANC officials more than what he had told the media, and that he insisted that the police would fully investigate the matter.

“He is not giving details beyond what he told the media. He does not want to be held accountable.”

Ramaphosa previously told the NWC that he would subject himself to an ANC integrity committee process, but News24 understands that he is yet to set a date with the group of party elders.

Committee chairperson George Mashamba could not be reached for comment.

Another expected point of contention at the NWC is the push for the postponement of the party’s policy conference.

The conference was planned for the end of July but it hangs in the balance as the ANC battles with funding challenges.

An NWC member said: “He wants to postpone the policy conference because we don’t have money but the reality is that he is scared of what will happen.”

The source said “the policy conference would be a pivotal launch pad to hold Ramaphosa” according to a source.

“He can’t have a policy conference and not explain what happened,” a second source said.

The push to postpone the conference also comes at a time when influential party leaders have been lobbying to repeal the party’s step-aside rule, which calls for party leaders who are criminally charged to vacate their positions.

Should Ramaphosa be charged after a Hawks probe into the Phala Phala burglary incident, he too would have to comply with the step-aside rule.

An ANC NEC member who is loyal to Ramaphosa said the postponement of the policy conference would be a mistake because it would indicate Ramaphosa’s political weakness.

The NWC meeting was scheduled for 14:00 and it was preceded by a meeting of officials to discuss the outcome of the controversial Ekurhuleni conference.