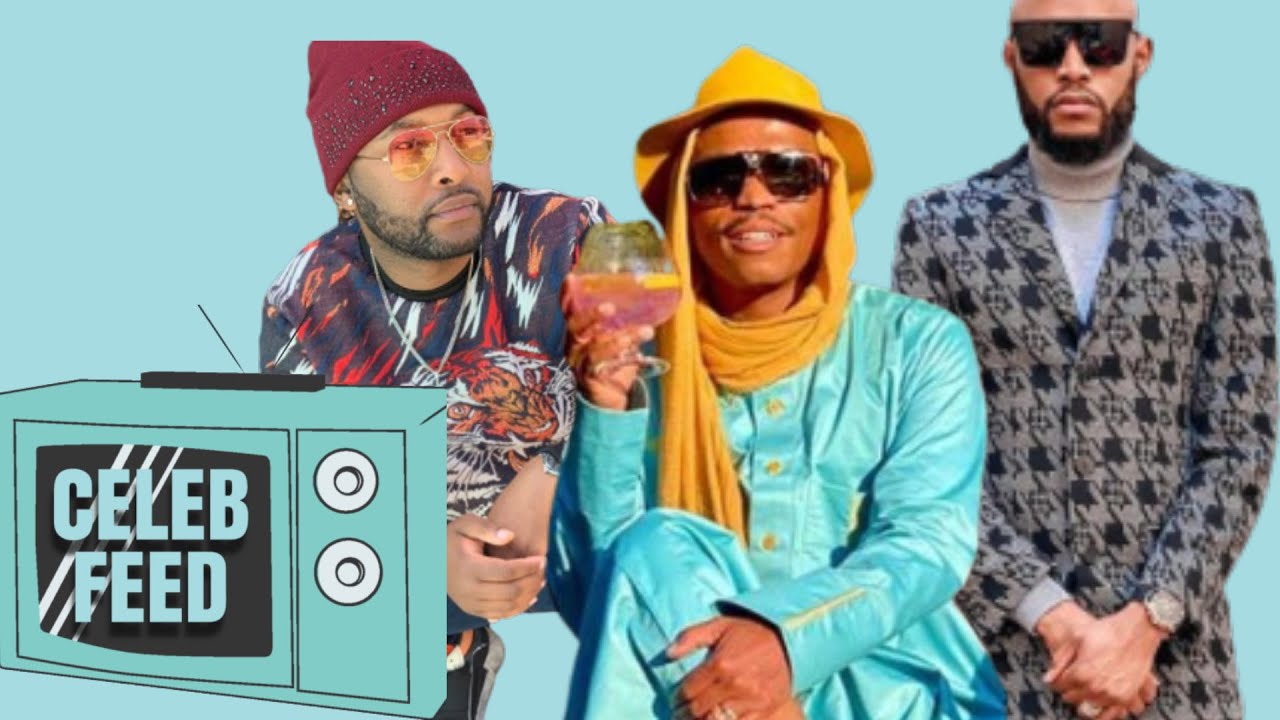 The singer recently released his highly-anticipated new album ‘NguMama’ which has been met with a positive response from fans and critics around the country. As he celebrates the release of his new musical project, Vusi Nova sat down with seasoned broadcaster Jon Savage on his ‘What’s Your Poison?’ podcast and dished on everything from his early drug use to his relationship with Somizi.

With ‘What’s Your Poison?’ Jon encourages guests to feel like they are chatting to a friend rather than being interviewed.

The guests get no introduction, drinks are just poured and Jon’s casual demeanour creates a space where guests feel comfortable enough to let their guard down and open up about topics they may have never spoken about before.

Opening up to Jon on the podcast, Vusi explains that his passion for music started when he moved up to Johannesburg from Port Elizabeth when he was 14 years old to live with his mother.

Vusi tells Jon that she wasn’t around much when he was younger and that he was raised by his grandmother. “My mom had me when she was 18 so my grandmother told her ‘You don’t have a kid. You are going to go to school and finish your studies. This is my kid’.

Once she finished her studies, she got a job in Johannesburg. She found a place, got a car and got a comfortable space and eventually told my grandmother ‘You have done a fantastic job raising this child. I am now in a position where I can take over’. Then, I moved to Johannesburg to live with my mother.”

The star explains that it was in his teenage years after moving to Johannesburg that his drug addiction started to take flight. “It started with a joint here and there before moving to 20 joints a day and then I went onto Mandrax, crack cocaine, ecstasy and more. I went all the way,” Vusi explains. “I got really addicted to crack cocaine and it went on for years.”

Vusi adds that losing his mother was one of the most difficult times in his life.

“I was still doing drugs when my mom passed away. I was 21 at the time and it was then when things got really bad. My mom left me a [lot] of cash when she passed and, as my way of grieving, I spent all of that money,” Vusi explains.

He adds that it was only recently that he started speaking about his drug problem and the real reason his mom passed away. “My mother was HIV positive and, for the longest time, I was telling people that she had cancer because I was afraid of how people would label her,” he admits. “That shame made my drug use even more extreme.”

The star adds that now that he is clean, he can finally give his mother the honour she deserves and all of the lessons she had taught him have made up the album that he has dedicated to her.

Vusi has also made headlines because of his unique friendship with Somizi.

Many have wondered just how close the two are – and Vusi sets the record straight.

“I have known Somizi for 16 years. I met him before I even got into the music industry. He’s so real and supportive,” Vusi explains. “Somizi is one of those genuine people that believes that if you have a dream, no matter how big, you can work towards it and achieve it. His success has been motivation for me to believe this is possible. Somizi is living proof that reaching your dreams is possible.”

Vusi admits that it is not often you find someone you are able to trust with your life and that when you do find someone like this, it’s important to nurture that relationship.

“People out there are saying that we are dating but we’re not dating. We have mutual respect for each other and we trust each other a lot,” Vusi tells Jon. “With us, it’s realness all the way. It’s been 16 years now and we’re still going strong.”

Image (Vusi Nova, Somizi and Mohale. Is this a troubled relationship)?

Tito Mboweni- is he tilting left or right as per his Budget address?

DJs to cook up a storm in Soweto. Ayeye!

Taung Cultural Calabash has grown stronger like a calabash!