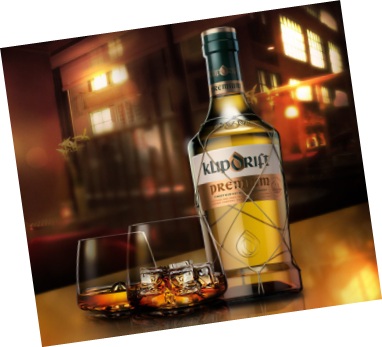 Brandy is often associated with Afrikaans culture, rugby and braaivleis, but the drink also has a deep history in Xhosa, Zulu and Swazi cultures.

Food anthropologist Anna Trapido looked at the spiritual side of brandy, as it is used in many cultural rituals.

Walk into any shebeen and ask for a ‘watch’ and everyone will know that you want Klipdrift Export, which has a picture of a time piece on the label.

Ask for a ‘g-string’ in Soweto and you’ll be served a Klipdrift Premium with raffia around it.

While brandy may have different nicknames at your local watering hole, brandy’s role in the spiritual realm is serious and solemn.

While most ethnic and linguistic groups confine its use to marriage-related lobola rituals, in Xhosa speaking communities, the proudly South African drink is commonly considered essential for almost all rites of passage.

From welcoming back initiates to celebrating an engagement or simply offering up a small prayer to the ancestors to asking the ancestors for help during a job interview – all brands of brandy can be associated with ritual communication with the ancestors.

Brandy ‘intambo’- which loosely translates from isiXhosa as the brandy bottle with ropes, such as Richelieu International, is an essential element.

While any brandy will do some if not all believe that brandy intambo must be present.

When using brandy to communicate with the ancestors a small amount of brandy is poured onto the earth before the remaining liquid is shared respectfully among the assembled community.

The small amount that is absorbed into the soil is considered a gift to the ancestors.

In isiZulu this is known as ukuphahla– a prayer to the ancestors, while in isiXhosa it is called ukunqula.

According to Trapido this solemn ritual is not about getting drunk, nor for entertainment, rather a dignified ritual used to invite the ancestors and to open communication with them. This ritual is mostly associated with age specific life changing events.

Inkaba birth rituals require brandy to be poured over the burial site of a baby’s placenta and umbilical cord.

And when the initiates arrive back, Izibazana’s – the others of the initiates will come dancing out of their homes carrying brandy against their breasts to welcome back their sons.

One thing is sure though, it’s not just the ancestors who respect South African brandy, new modern styles of brandy have made it big internationally – such as the Worldwide Brandy Trophy for Klipdrift Premium at the 2016 World Brandy Awards and a Gold Outstanding award for Van Ryn’s 20 Year Old at the 2017 International Wine and Spirits Competition (IWSC) in London.

A buyer at the Nederburg Charity Auction this month paid R60 000 for a once-off 40-year-old Van Ryn’s brandy, testimony to the high regard for the country’s quality potstills.

To win answer the following question and complete sentence:

*Klipdrift has many names associated with it. Name two?

Although tickets sales are a concern players are ready to maul each other- so will the Lions!

I will step down- says Didiza amid the unrest!