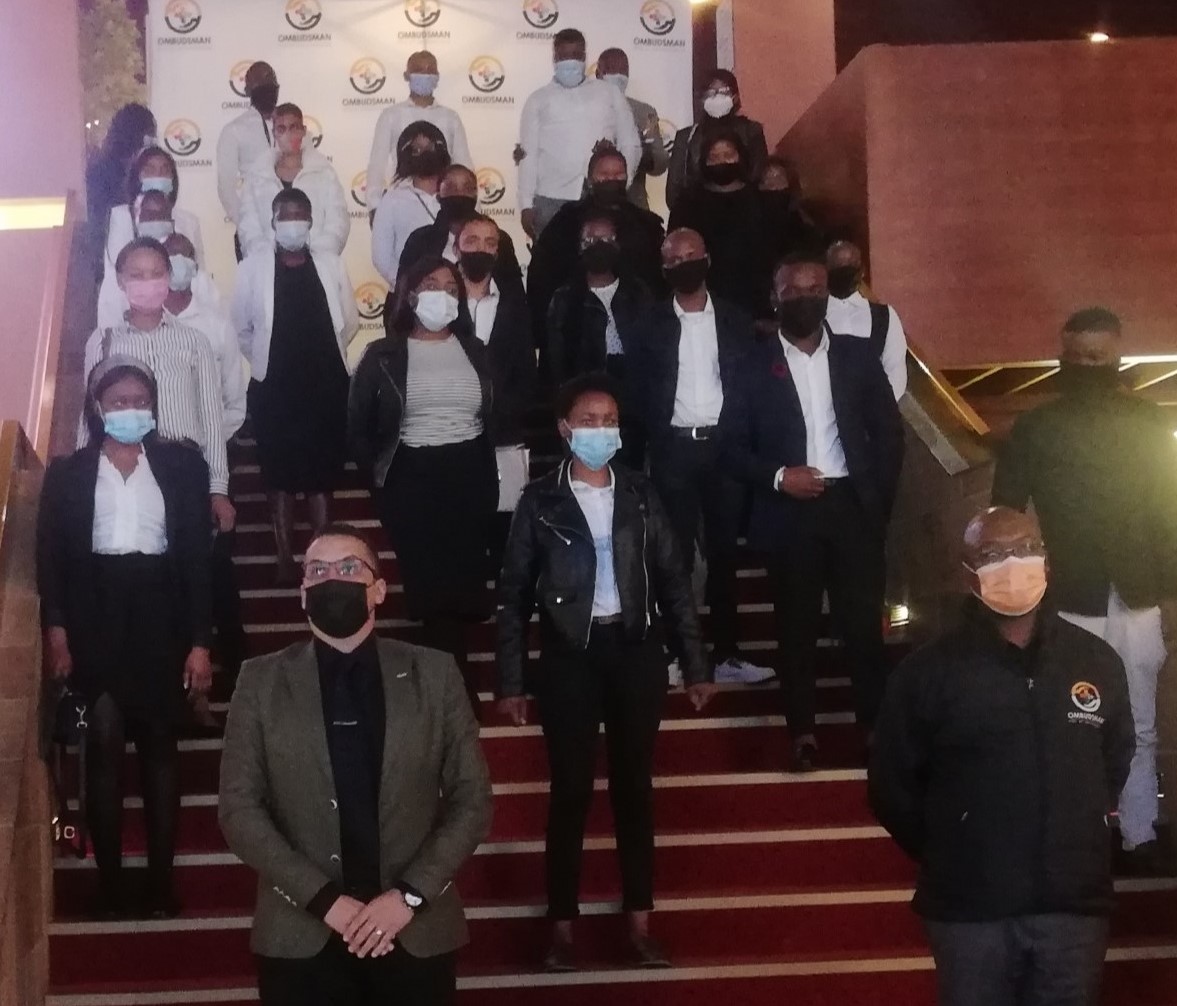 The (23) from Mapetla- Soweto is part of the 25 Ombudsman ambassadors in the City of Joburg, appointed to create presence in all the seven regions of the City.

As a youth and ambassador for her region D, her role would be to assist residents with their complaints be it water, electricity or any form of service in their own area, without traveling to the municipal offices.

This would help considering the pandemic outbreak and now we’re at level-four lockdown regulations.

“I will be advocating on behalf of my residents on any issue that has to do with municipal problems or service delivery”, says the animated Kelebogile, at the graduation ceremony held at Joburg Theatre last Friday.

“Excited yes, because I’ve been looking for a job for a while; but at the same time, I know I will be dealing with real, hard issues of human nature, of which I will have to know my story back and forth”, she says.

I can’t falter because if I do, I will be failing the City, she continued.

This is the first in the country and it is hoped other municipalities will follow suit.

This initiative will ensure that Service Delivery and Human Rights issues are investigated and that complaints of alleged maladministration and unfair treatment by the City of Johannesburg are dealt with.

It will also be a vehicle to reach more residents and learn more about the Ombudsman and its objectives within the City.

Another ambassador who has been unemployed for ages, Titus Tshedza from region B- that comprises Auckland Park, Brixton, says it was a God’s doing that he was considered for the post.

Speaking to this reporter at the graduation event, the (25) tells he has been looking for any form of a job since completing his matric in 2013.

“Me being part of the ambassadorialship for the Ombudsman in the City, is a reward for me and my family. It has been tough and this opportunity comes at the right time, when I was beginning to lose hope. But through God’s grace, I will forever thank the City for this opportunity and deliver the mandate to our people unfailingly,” he said.

The programme runs for 18 months with a stipend.

“This is taking administration to the public through this ambassadors, as we continue to commemorate Youth Month,” says Adv. Siduduzo Gumede, Joburg Ombudsman.

“To my knowledge it is a first, in this country. There’s therefore great interest in how it develops. It’s an experiment that, no doubt, will be emulated and replicated throughout the country in the future. Let us therefore approach it with the requisite commitment and give it the attention it deserves”, says advocate Gumede.

Residents may only approach the Ombudsman office after they have exhausted all official channels of the City of Johannesburg. Residents can talk to the ambassadors, lodge complaints, and use the complaints boxes that are allocated in the regions.

ED Note: The Office of the Ombudsman was established in terms of the Establishment of the City of Johannesburg: Ombudsman By-Law, 2014, Ombudsman By-Law or the By-law, and  in line with the City’s 2040 Growth & Development Strategy (GDS 2040), which defines the type of society the City aspires to be by the year 2040.