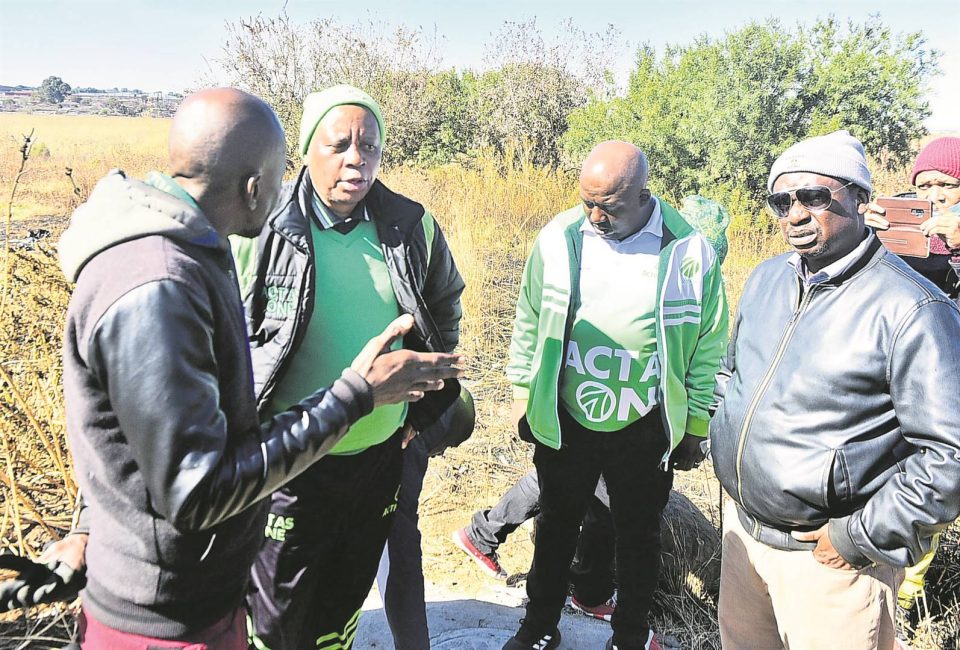 THE SEARCH for the six year old Khayalethu Magadla still goes on.

The Soweto born was last seen playing with friends eight days ago and has not been found, after falling in the manhole in Dlamini location.

This prompted the use of high technology floating camera robots for heavy underwater to aid the search.

City of Joburg EMS spokesperson Robert Mulaudzi said they have identified four manholes along the pipeline that the child was believed to have fallen into and said, they will continue with the search.

On the use of the camera Mulaudzi said: “This will give us a 360 degree view of the pipeline. We are also deploying our technicians along the pipeline, using an external air supply system,” he said.

“We are hoping that if we don’t locate him along the pipeline, we will be able to locate him at the split chamber,” continued Mulaudzi.

The search also received a support from the City Mayor of Joburg Dr Mpho Phalatse and her MMCs, who promised the search will go on until the boy is found.

Communities throughout Soweto continue to help with the search and prayers.

Heritage festival has potpourri of fun and tourism emancipation

PP reacts to her suspension by the President

Win a Jeep with Cadbury