The King’s Super Cup, which carries a cool R1-million first prize, was launched in 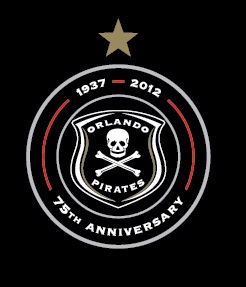 Swaziland last night and Orlando Pirates and Kaizer Chiefs will participate in this controversial one-day, four-team tournament next month after all.

The two South African giants confirmed they will participate through their officials at the draw at Ezulwini Convention Centre last night.

The developments came after Chiefs and Pirates refused to shed light last week on whether they would compete in the tournament after heavy criticism from democracy lobby groups in the kingdom.

They were slated by the Swaziland People’s United Democratic Movement (Pudemo) and Swaziland Solidarity Network (SSN).

The latter even threatened to march on Pirates offices in Parktown, Johannesburg.

The two democracy campaigners are aggrieved by the fact that Chiefs and Pirates will be taking part in the tournament organised by Swazi King Mswati III, whom they accuse of running the kingdom with an iron fist.

The event’s public relations officer Dumisani Sibandze excitedly confirmed to Sowetan last night that Amakhosi and the Buccaneers will compete in the tournament.

The inaugural event will be played at the Somhlolo National Stadium in Lobamba on July 18.

“June 18 will be a big day for the people of Swaziland because they will see big teams like Kaizer Chiefs and Orlando Pirates playing in their own back yard. These two team have huge following here and everybody can’t wait for the big day,” Sibandze said.

He said Motaung and Mbele promised to bring their strongest possible squads to the tournament.

Motaung and Mbele could not be reached for comment last night.

Meanwhile, Pirates will lock horns with Congolese outfit AC Leopards on their Caf Confederation Cup Group B opener on Saturday, in Congo.

Samsung to sponsor the EduWeek 2015!

Having cut a forlorn Itumeleng Khune could be donning the Gold and Black again!

Make us shine at home!