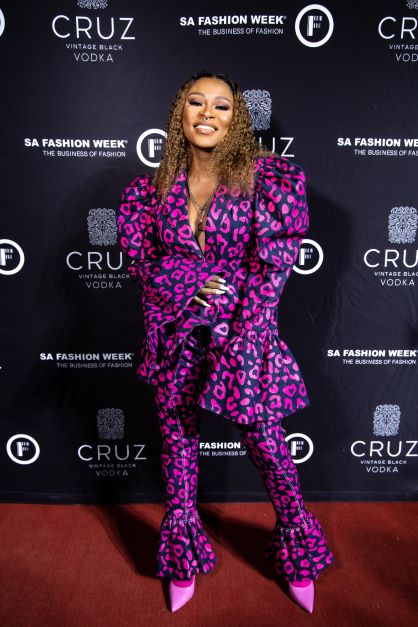 ALBEIT, the controversial AKA gave a resounding show at the Cruz Vodka’s do, it remains to be seen if he will be reappointed as the ambassador?

The ‘Fella on Versace’ star was one of celebrities who attended the launch of the annual Cruz Vodka fashion week, held at swanky Fire Room, Mall of Africa, recently. He’s partnership with the vintage vodka was put on hold due to scandals that followed him.

It was ‘fire’ all over as guests from influencers, designers, creators, fashionistas and members of the press, had a ball.

Oscar Mbo, DJ Zinhle, Don design, Ayanda MVP and Mr X, had guests on their toes till the break of dawn!

Image Supplied (DJ Zinhle was on the decks to complete the star-studded evening).

JMPD’s speed cameras and devices not working since last year

Hail the kings of PSL

GTA do away with ‘dead-woods’ as new boss unveiled!

Come and experience wine, culture infusion at this year’s much improved SWF