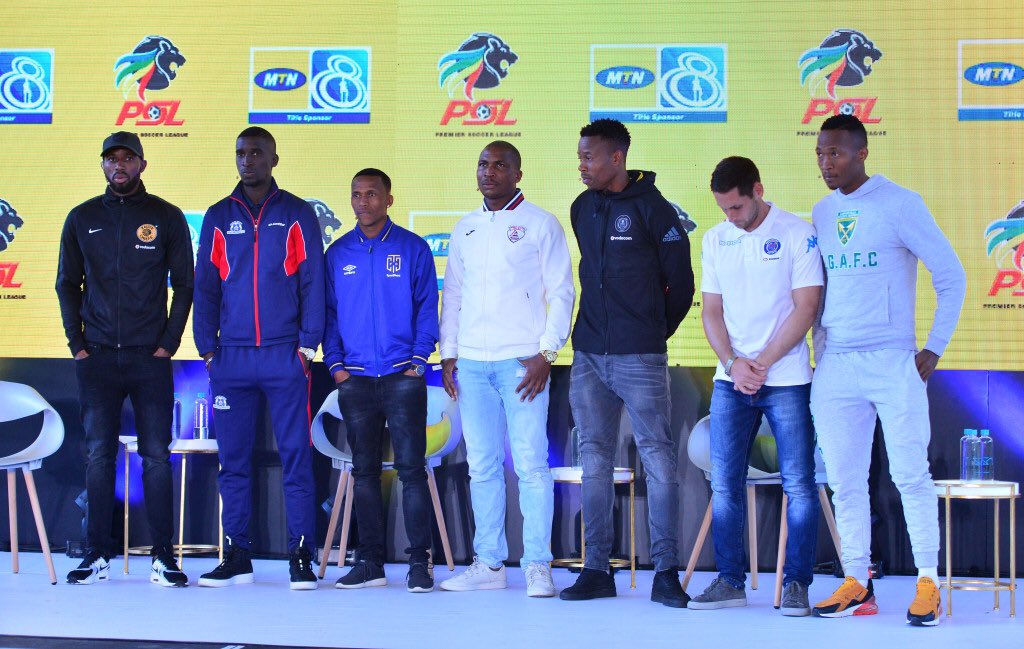 They face Orlando Pirates in the quarter-finals kicking-off 11 August 2018.

Matsatsantsa a Pitori had a bad spell during the 2017/18 and this encounter would be a litmus test if, they’re ready to compete in what will be thriller of a football season.

On the other Kaizer Chiefs did not register any silverware last season, so facing Nedbank winners FS will be another mission.

The Gold and Black acquired strong and versatile players and also brought in the Italian born coach but will that amount to dividends, fans wait with patience though…

At stake is a cool R8million winner take all- in the popular Wafa Wafa slogan- synonymous with football fans.

“The 2018 edition of the MTN8 is a call to our football supporters to bring passion to the stadiums. Passion is something that has been at the centre of our football even during the darkest days of our journey. We are excited to be part of this passion-filled journey and I’m sure it will once again create memories for the fans, we cannot wait for 11 August 2018 when we kick-off the competition,” says PSL acting CE Mato Madlala- Golden Arrows boss.

Entering its 11th edition, the MTN8 affords football fans and consumers a chance to win their share in prizes worth R8 million, from weekly prizes of handsets, grocery vouchers, electronic goods to VIP experiences at the MTN8 final, from the popular “Recharge and Win” proposition.

“MTN is celebrating 11 years of Wafa Wafa this year and we could not have reached this milestone without your support. It gives us great satisfaction and joy to know that MTN8 has become such a significant tournament in the local football scene,” said Mapula Bodibe, Executive Consumer at MTN SA.

“As you know the MTN8 has always been about rewarding teams and football fans alike and this year is no different. This year’s campaign is “Bring winning closer with Wafa Wafa” and through this we are demonstrating how easy it is for MTN customers and football fans to win a share in the R8 million in prizes,” says Bodibe.

MTN has also re-introduced the Last Journalist Standing Competition – which follows a similar concept and format as Last Fan Standing.

Journalists will be rewarded through the weekly Media Online Quiz engagement series. This is MTN’s way to thank journalists for their continued support over the past 11 years.

To stand a chance to a share of R8 million in prizes or become the Last Fan Standing, all fans and MTN customers need to do is to dial *130*8# to opt IN and recharge with a minimum of R10 during the tournament.

Fuel hike effects marginal or not will still be felt

CCFISA in trouble for alleged self enrichment and looting

Switch to new gold card or lose your Sassa grant