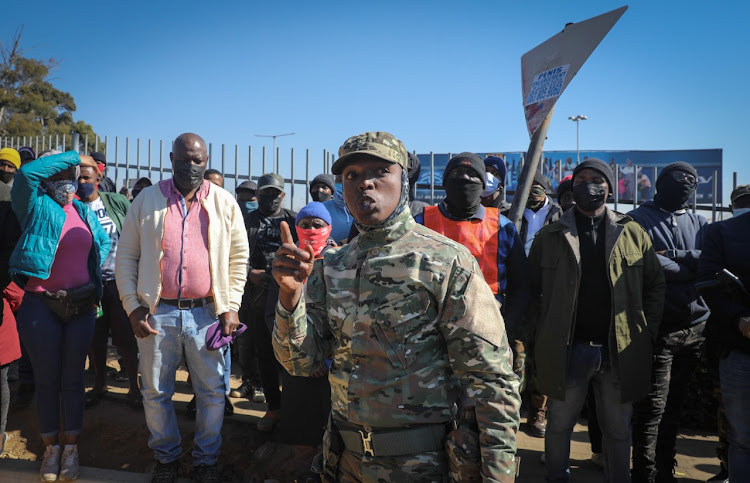 Residents demand electricity to be restored following several weeks without power, which was disconnected by Eskom due to, among other reasons, illegal connections in the area.

As a result, the community went on a rampage, barricading roads with burning tyres and large rocks as they called on the national power supplier to act on their demands or face their wrath.

They also accused the new Mayor of the City of Johannesburg (CoJ) Mpho Phalatse of ignoring their pleas, despite the widespread meter bypassing and purchasing of electricity from ‘ghost vendors’ as has been stated by the former.

The Economic Freedom Fighters (EFF) berated Phalatse over what the party labelled as unfair electricity disconnections. The party accused Phalatse of demonstrating a willingness to oppress the poor residents of the city in an effort to satisfy her so-called white masters.

Since then, a community leader Nhlanhla Lux Dlamini, who is credited with protecting the Maponya Mall amid the tense unrest and widespread looting in many parts of the township and Johannesburg in July, has been trending on social media for the better part.

The President of the Soweto Parliament has been front and centre of the revolt against Eskom, the CoJ and Phalatse, declaring firmly in videos that have since been making the rounds online that Soweto residents will not pay until Eskom investigates contractors who were meant to install prepaid meters.

During a community engagement session amid the protest action that engulfed the community, Dlamini vehemently stated that should the embattled power utility not restore electricity to the area by the close of business on Friday, no one will enjoy South Africa.

Image (President of the Soweto Parliament Nhlanhla Lux on a ‘warpath’ in Soweto).