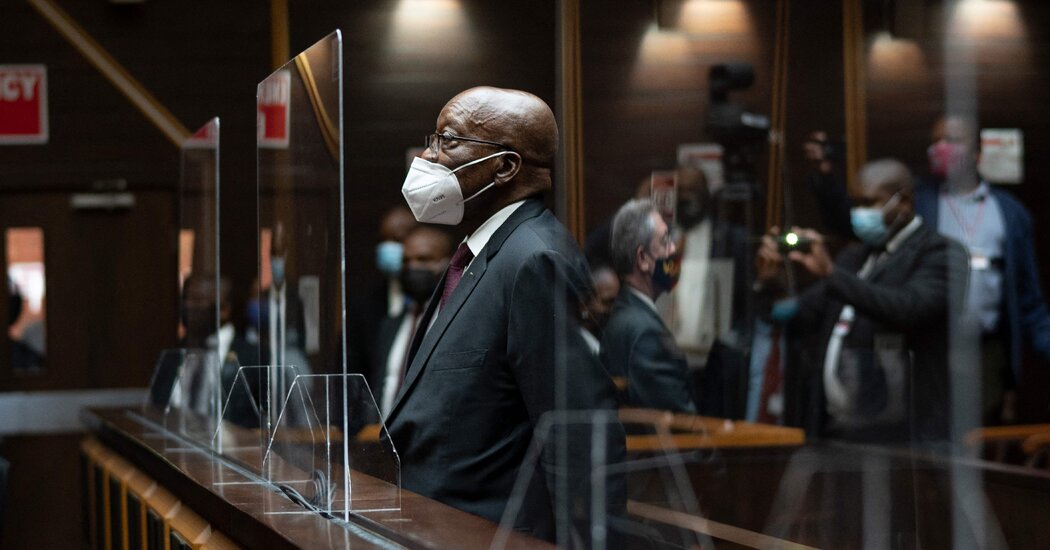 Earlier this week, the Pretoria high court ordered Zuma back to jail to serve out the remainder of his 15-month sentence for contempt of court. It called the decision in September to release him on medical parole “unlawful”.

Zuma is expected to appeal the decision after his lawyers applied for leave to appeal to the Supreme Court of Appeal.

During a briefing by the justice, crime prevention and security (JCPS) cluster on the state of readiness for the festive season, Cele said law enforcement learnt from the July unrest and looting.

He said the JCPS had noted the court ruling and the department of correctional services’ decision to appeal the judgment.

“As the cluster, we wish to reiterate our confidence in our constitutional democracy that provides all people are equal before the law,” said Cele.

“The separation of powers and the independence of the judiciary are the bedrock of our constitution, and our courts function without fear or favour as they entrench the rule of law. Any form of recourse must follow appropriate channels within the confines of the law.”

Cele said law enforcement agencies learnt from previous unrest experiences and would would use those experiences to make sure any interruption is handled properly.

“I met with the leadership of the police and the military to make sure  the preparations for the response and reactions are much better this time,” he said.

At least 337 people died as a result of the unrest in KwaZulu-Natal and Gauteng in July.

Former acting minister in the presidency Khumbudzo Ntshavheni said 79 people died in Gauteng and 258 in KwaZulu-Natal.

Image (South Africa’s former President Jacob Zuma has launched a new book titled The Words of A President: Jacob Zuma Speaks. It comes just months after he was released from prison on medical parole, of which the law says was unconstitutional).

Let Chery Tiggo 4 Pro take you on an ‘unplanned’ road-trip this festive, along with you cherries

FREEDOM, a movie by Jafta Mamabolo is about youths’ post Apartheid era

Bacela and Masuku walk the plank!