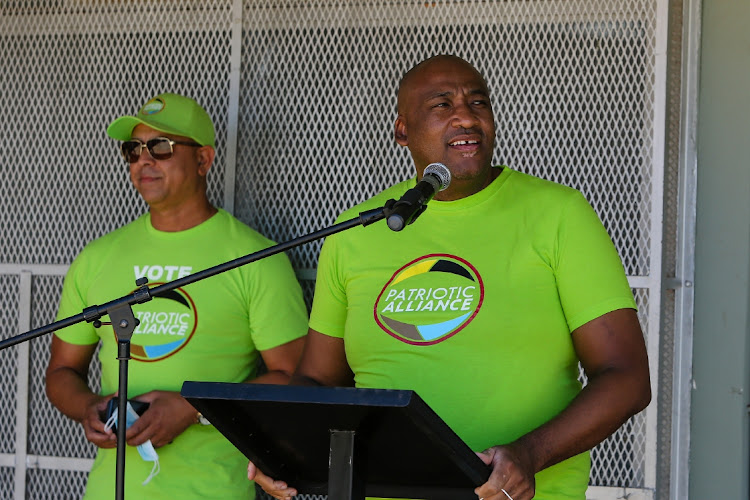 And those foreign-owned shops that sell outdated goods in mzansi will be visited as well.

That’s a warning or rather a guarantee from Patriotic Alliance’s leader Gayton McKenzie, who is gatvol with illegal immigrants.

The party will be stepping up its campaign against illegal migrants living in South Africa – by targeting foreign-owned spaza shops, predominantly in township regions.

Speaking on his Twitter feed earlier, McKenzie said that party forces would visit EVERY municipality in South Africa, to ensure that foreign-owned businesses are being run by people who have a right to be in the country.

“All our councillors will be instructed to visit all municipalities where foreigners work, legal or not, we wanna see if they possess a special skill as required by the act, we have many graduates sitting at home jobless.”

Many have supported the move by the party and called for Gvt to act against illegal immigrants whom many resort to violence and crime in the country.

McKenzie rejected the notion that he’s ‘xenophobic’ and insisted that their time is up.

Almost 500 foreign-owned stores have been targeted by the PA and their supporters – and McKenzie says these visits won’t stop ‘until all illegal migrants have gone home’.

“We have visited 442 shops so far, this program is still in its infancy stages, we will not stop until illegal foreigners are home, don’t assume because you are scared, we are scared. We are intensifying this week, and will intensify the fight against this criminality. We will act until we succeed.”

The so-called ‘shop raids’ have mainly been focused on emptying the shelves of expired goods.

On Sunday, the PA uploaded video footage of members taking items out-of-date food, and dumping them at waste sites.

This follows the call by the Economic Freedom Fighters headhoncho Julius Sello Malema who also warned his party will visit hospitality sectors such as restaurants, hotels and others to verify the legitimacy of workers at those places since most hire foreigners.

Mantashe to SA youths- take up career in energy sector

Tourism will slowly recover despite the battering- SAT’s Thebe Ikalafeng

SASCOC elects new Pres, board as it strives to retain image