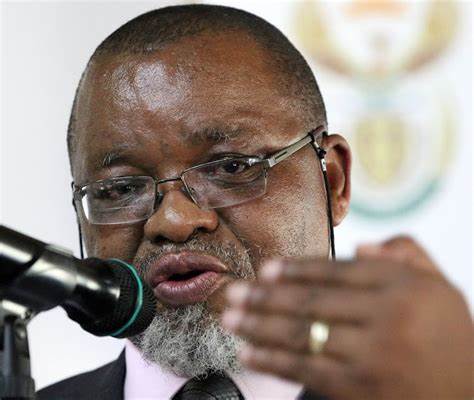 He was addressing the gala dinner of the Energy Summit, hosted by the South African Youth Economic Council on Thursday evening in Sandton.

As president of SAYEC, Mudzanani also made an appeal to the likes of Seriti and Menar coal mining companies to play ball by unlocking opportunities to empower young, black professionals.

The key purpose of the Energy Summit, was to engage and solicit opinions of various sectors on how to champion radical transformation that youth in the country face, from joblessness to stuttering economy.

Immersing in conversation rather than ‘key note address’ the minister of Mineral Resources and Energy Minister Gwede Mantashe, pointed out that the youth in this country should ‘wake-up’ and cease opportunities presented by Government.

Initiatives by SAYEC should be embraced and supported to hold us, as Gvt to account and by so doing, it would create an opportunity to engage and identify loopholes from job creation point of view. I therefore encourage you to take up career in energy sector, says Mantashe.

“It should be borne-out that the State is not an employer but a policy maker, a regulator that allows private sector to thrive by adhering to rules and regulations in this country. Energy sector and others must and should create jobs for our professionals, especially the youth,” continued the minister, who at times evaded some tough, sticking concerns from guests.

Albeit bombarded by some irate members who barged walked into to gala dinner room to air their frustrations, Mantashe said the country’s just energy transition, such as coal being redundant will only happen after years, if it does happen.

The emergence of black capital in the country’s Minerals Energy Complex, which was originally exclusively white, is a positive development in deracialising the economy.

Destroying the coal sector would “hurt” the transformation agenda, said Mantashe, who said has been labelled superlatives such as “coal fundamentalist” and a “fossil fuel dinosaur” amongst others.

Exiting the coal in order to honour international climate change commitments must be done systematically, following billions of dollars being made available by EU to SA in order to ‘do-away’ with coal sector.

This would come at a high price since interest rates will be skyrocketing, and went further to indicate that, securing energy supply shouldn’t only be about the cleanliness of energy, but there must also be considerations of addressing energy poverty so that people can access and meaningfully benefit from energy, said the minister.

He went on: “You do not destroy what you have, on the basis of hope that something better is coming. You build for the future on what you know and what you have. That approach to me is scientific, systematic and protects the present ability of the state to supply energy to people.”

In 2019 the IRP for new generation capacity to be developed between now and 2030 is on renewable energy.

The department is in the process of procuring at least six thousand eight hundred megawatts (6000MW) of  renewable  energy.  About  two  thousand  six  hundred  megawatts (2 600MW) of this power falls under Bid Window 5, whose preferred bidders we announced at the end of 2021. The remaining capacity will be procured soon.

Menar- chief executive Vuslat Bayoglu said his company still believes in coal and green economy should be welcomed as well as long as its scientifically proven, a point echoed by Seriti boss’s Mike Teke, who said his company is heavily reliant on coal and would not diversify anytime soon.

The National Youth Development Agency (NYDA) chief executive Waseem Carrim said as the organisation, were privileged to have been invited to partner with SAYEC in championing the mandate of youth capacity and inclusivity.

“We develop and support youth skills in the country and this platform allows us to engage and share fundamental ideas with them, particularly the professionals to better equip them for both future job and business opportunities,” says Carrim.

Another Summit by SAYEC will be held in Naledi, Soweto.

What a relief. What a much needed win for Bucs!