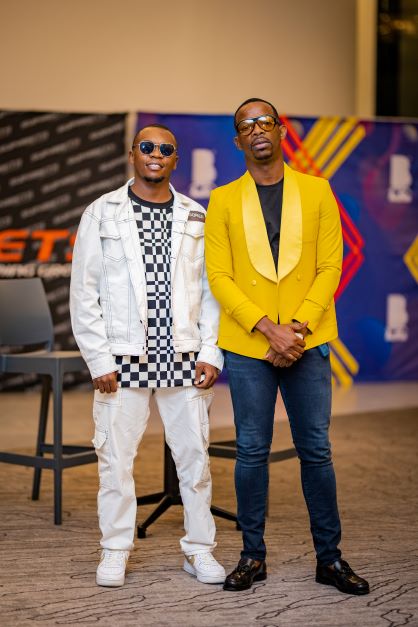 SET IN a variety of key high-end locations, Zakes Bantwini, Karyendasoul and Nana Atta tell the story of black excellence and success through high-definition visuals.

Sharing a rag to riches narrative, the iMali music video introduces us to a group of working-class servants with aspirations of wealth; then flips the coin to present them as winners in life after they collectively win in a Supabets draw.

Filled with cameos from Bathu’s First Employee, Theo Baloyi; actors of the popular Showmax Drama, The Wife and a vocal appearance from Tbo Touch, iMalidirected by Keith Benza; immaculately shows off an opulent lifestyle and a celebration of success with lively scenes in an art gallery and a toast to contentment – giving viewers a glimpse of the joy wealth brings.

iMalipremiered at a private viewing at The Venue at Houghton Hotel among friends and media.

Sharing his excitement on the release of the visuals, Zakes Bantwini said – “We’re so excited to bring this song to life. We had an incredible time putting this song together in studio, which we have now curated into a short film we are proud to present today.”

Produced by Karyendasoul, iMali voices the need and desire for money in abundance.

Speaking about the collaboration, Karyendasoul shared the process in creating the song: “Being in studio with Zakes is always inspirating. We feed off each other’s energy and it makes recording an easy process that births remarkable music and songs like iMali.”

Featured artist Nana Atta went on to add, “It is such an honor to be part of this moment, working alongside music geniuses and creatives like Zakes and Karyendasoul – not only for the song, but also in curating this music video.”

Image (Zakes Bantwini and guest at the premier of iMali music video held at The Houghton Hotel).

KFC Mini Cricket is back!