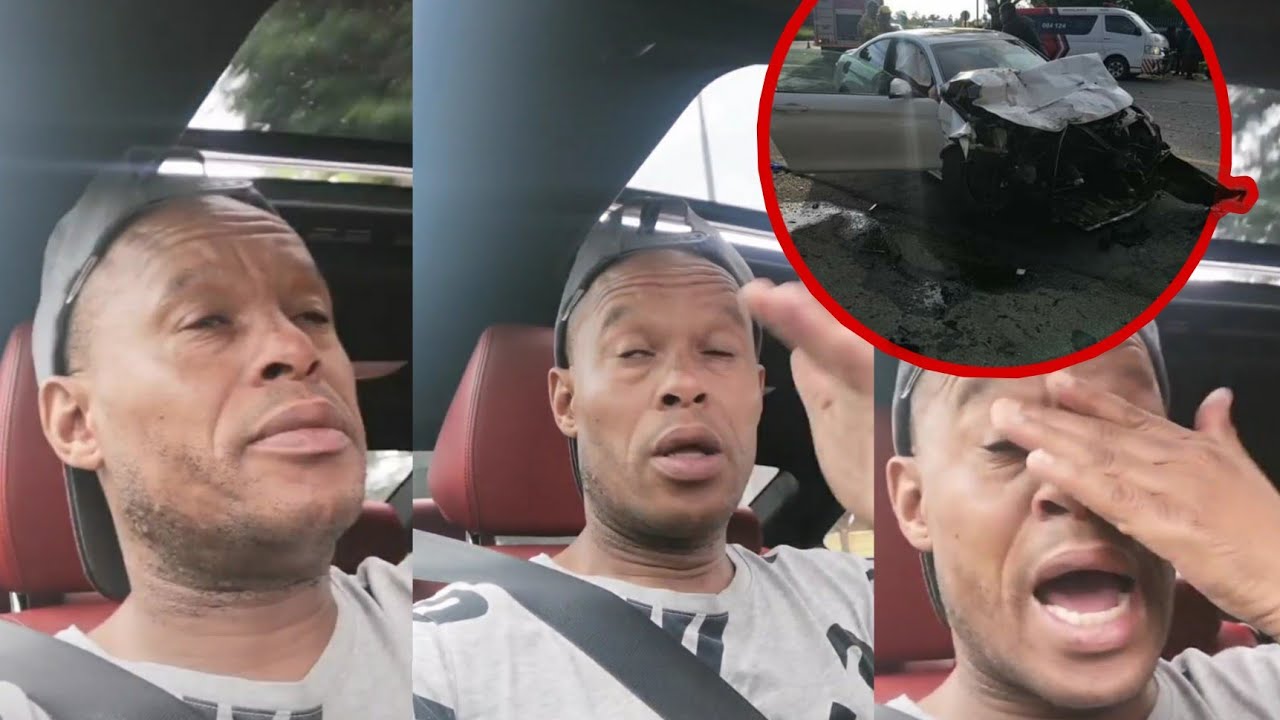 The wizardry midfielder who played for top flight teams in mzanzi, was reported to have caused an accident last weekend on Saturday.

His German made BMW M4 collided head-on with a Toyota Quantum taxi. Two people in the taxi were reported to be badly injured, while 11 sustained minor ones. He had returned from a family friend’s burial.

Mahlangu then left the scene and his car unattended, without reporting the accident to relevant Police authorities.

This was confirmed by ER24 spokesperson Russel Meiring, saying Mahlangu was not at the scene when the paramedics arrived, with his car left unattended.

Currently, an analyst with SuperSport, “Shuffle” as he’s known his fans, booked himself at Far East hospital and has been discharged after being treated for injuries.

“It has further been established that he was not even part of all those injured and who needed to be transferred to hospital,” Thepa said, as quoted by TimesLive.

“So, an inference can then be drawn that, in the absence of any of the following, he would have fled the scene and then that is a criminal offence.

Thepa added: “A case docket has been registered with the Benoni SA Police Service (SAPS). As of now, we do confirm that there are two charges brought against him, one being the reckless and negligent driving and the other being fleeing the scene of the accident.

“But what has been alleged that he is somewhere admitted to a hospital. He doesn’t even form part of the people who were injured.

“There is a legal duty that when a person is involved in an accident, that they stop immediately and ascertain the nature of injuries and call the relevant people; the Metro Police or ambulances should there be a need.

“Reasons for leaving the scene would have to be established [for someone to be charged for it]. If he left there in his private capacity to flee the scene, then that is defeating the ends of justice. If it’s for the purpose of medical attention, then such is justifiable,” concluded Thepa.

His lawyer Tony Mathe from Marwese Attorney’s, confirmed his client had been released from hospital after being treated for injuries.

The law firm further said they are unaware of any case opened against Mahlangu.

“We do not know what they are talking about when they say he ‘fled’. That’s a dangerous narrative as Jabu was in the hospital with some of the injured people from the other vehicle,” said Mathe.

“We will have to wait to hear from the police regarding the case, but until then, we cannot comment on it,” he said.

Huawei Nova Y9a launched in SA, what a party it turned out to be!

Its all ringing bells as Tourism Indaba gets into gear