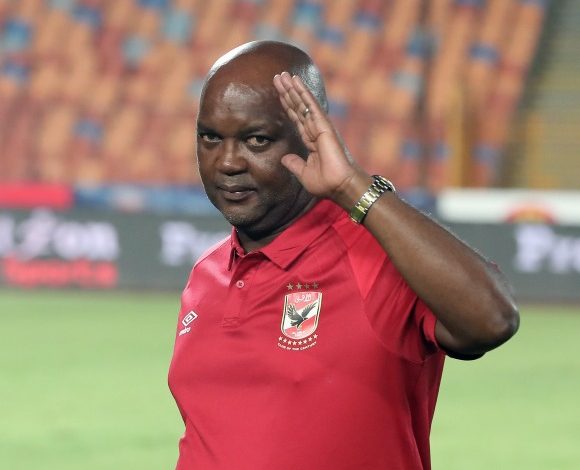 This was confirmed today on the club’s official website, following a series of meetings with the club headhonchos in Cairo, over the weekend.

According to sources, there was back and forth between Pitso and the club behind the scenes in the past weeks that led to the termination of the contract that was signed a month ago. He joined the club 2 years ago.

Since the appointment of the Kagiso born, he has received constant criticism from media, fans and the club’s former players- that made his life a mission to control some of the players’.

Ahly’s battles under Mosimane to win the Egyptian league — finishing runners-up to bitter Cairo rivals Zamalek in 2020-21 and placed third, though with games in hand, in the current campaign — are part of the reason the coach has faced criticism.

“It is done, the coach is definitely leaving the club. There were too many things happening behind the scenes over the past few weeks that led to this situation,” according to an impeccable source.

Mosimane is leaving the club with his trusted fitness guru Kabelo Rangoaga and performance analysts Musi Matlaba and Kyle Solomon.

Moira Tlhagale of MT Sports Marketing and Management, who represents Mosimane, Rangoaga, Matlaba and Solomon, has been in Cairo since Monday for the talks.

Ahly missed out on a record-breaking third title in succession losing 2-0 to Wydad Athletic in the 2021-22 final, which was controversially played at the home venue of the Moroccan club in Casablanca, that led to Pitso picking up a bone with CAF and its President Dr Patrice Motsepe.

The Egyptian giants had not won the Champions League, in seven years’ until the arrival Pitso and his lieutenants’.

Its unclear if Bafana star Percy Tau will follow his boss?

Bestmed continues to give back!