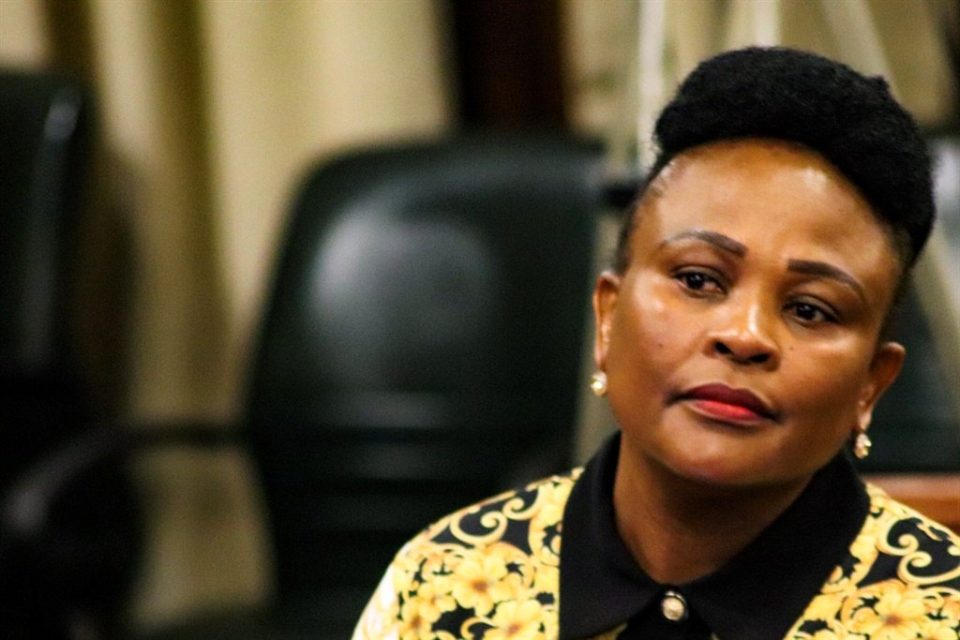 PUBLIC PROTECTOR Busisiwe Mkhwebane turned to a famous urban Xhosa proverb and biblical verse when the news of her suspension was made public late on Thursday.

In a statement, the president’s spokesperson Vincent Magwenya said this was in accordance with Section 194(3) (a) of the Constitution which provides that the President may suspend the public protector or any member of a Chapter 9 institution.

“Advocate Mkhwebane will remain suspended until the section 194 process in the National Assembly has been completed.”

Taking to social media soon after the announcement was made, Mkhwebane tweeted: “Oksalayo this battle is the Lord’s. Exodus 14:14 The Lord will fight for you, and you shall hold your peace and remain at rest.”

She continued: “Do not be deflected #glencore and #farmgate aluta continua.”

The #farmgate reference comes after she confirmed on Wednesday her office was investigating a complaint against Ramaphosa related to his “alleged conduct in respect of allegation of criminal activities at one of his properties”.

Magwenya said: “President Ramaphosa has fulfilled his obligation to provide advocate Mkhwebane a fair hearing by according her sufficient time and opportunity to make submissions.

The decision came despite Mkhwebane’s attempts to litigate to prevent her suspension. A judgment from the Western Cape High Court in which she urgently sought an interim interdict preventing her suspension is pending.

The president had given Mkhwebane until May 26 to give him reasons why she should not be suspended.

In a statement the following day, she gave her reasons “under protest”, she said.

Image (PP Adv Busisiwe Mkhwebane reacts to her suspension by the President).

Durban is open for business

The ‘death’ of Siwelele a concern one will have to live with for life!