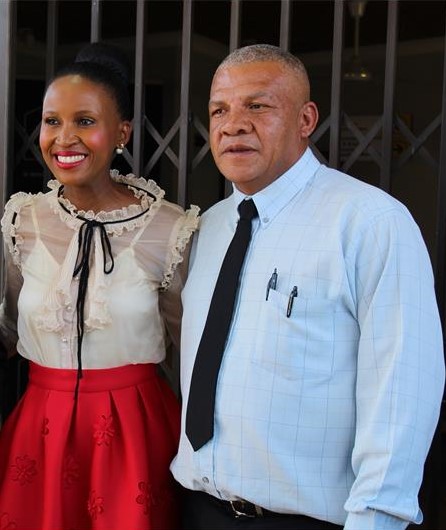 THE STATE Security Agency (SSA) has delivered a full and final report on the equipment that the Group Forensic and Investigative Services (GFIS) procured and uses in the City of Johannesburg (CoJ).

Now that the CoJ is in possession of this report, it can act in terms of legislated internal processes, where it may prove necessary.

This will be done through the office of the Acting City Manager, Bryne Maduka, in terms of any allegations of corruption against officials in the City and through my office, where any councillors are implicated in fraudulent or unethical activities, says Speaker of Council in the City of Joburg.

Da Gama says the repeated, scurrilous claims are unsubstantiated, unclear and without merit.

The City is able to document every step of the process.

On 16 April 2022, the Executive Mayor, Dr Mpho Phalatse, addressed a letter to the SSA Director General, asking for a full investigation into these allegations and to urgently report on the findings.

“During this time, the Executive Head in the Office of the City Manager, Mesuli Mlandu has repeatedly accused me (Da Gama) of obstruction. I categorically reject the allegation that I have prevented a report subverting evidence against the Mayor, or that implicated General Sibiya in the seizure of counterintelligence equipment.

This claim is unsubstantiated and had there been any merit to it, the SSA report would have made mention of it in their report.”

The Director General of the SSA confirmed in a three-page report, dated 22 July 2022, that the State Security Agency conducted an inspection, analysis, and test of all the equipment procured by GFIS in order to determine whether the equipment is offensive or defensive.

“The instruments in question are Technical Surveillance Counter Measures (TSCM) equipment. TSCM equipment is utilised for identification of eavesdropping devices and cannot be repurposed to perform any other offensive or collection functions. It is not intelligence gathering equipment as alleged.

The final point of the report states clearly:

“In light of the above, has concluded that there was no contravention of its governing legislation as alleged in the letter.”

At a press briefing to make the SSA report public, the Mayor said, “the very serious and unsubstantiated allegations, made by Councillors and rogue City Officials of, among things, “fraud”, “corruption” and even “espionage” will not be left unchallenged.”

She was referring to the internal processes which now have to unfold through my (Mayor) office and the office of the City Manager.

“In order to avoid prejudice, I will make no further comment on the internal processes of Council until a resolution has been reached and taken by the highest decision-making body, the Council,” says the Mayor.

Sun City and its partners fill-up potholes along R556

Nedbank Runified challenge seeks to help SA’s on how to deal with depression and live BETTER!

Win hamper and tickets to the Pretoria Whisky Live Showroom!