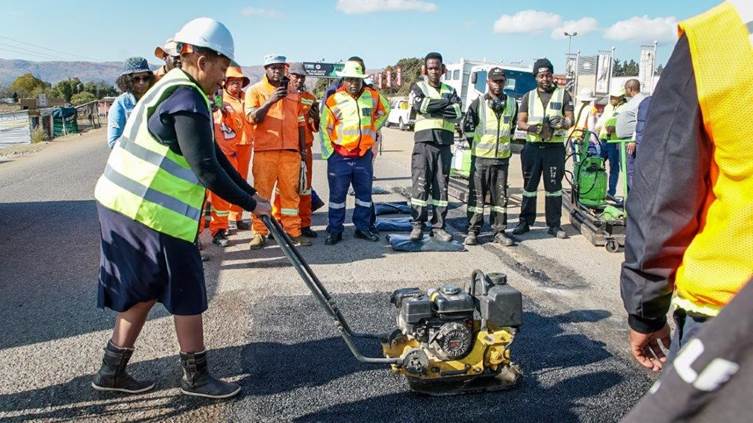 POTHOLES are a real mess and lf not attended to will affect the economy.

And to remedy the situation, Sun City and its partners are busy at work filling up potholes along the unpleasant R556 route that connects Johannesburg and Sun City resort in Rustenburg.

The initiative seeks to cover potholes along the 75km stretch of the R556, although its the shortest route to the resort, motorists have long expressed concern about the number of potholes they had to negotiate en-route to the resort.

North West MEC for Public Works and Transport said, “Good roads attract business to an area. Gauteng is a very important market source for our province, but travellers want to know that they can reach their destination safely.

Similarly, conference and event organisers are disinclined to plan workshops and conferences at venues with poor road infrastructure. The province is therefore extremely thankful for the work carried out.

“We appreciate the collaboration between the private sector and government. The government cannot do it alone,” says MEC Gaoage Oageng Molapisi.

Known as ‘The Pothole Patrol’, the initiative is a partnership between the City of Johannesburg, Discovery Insure and Dialdirect Insurance.

In its first year alone, it repaired over 100 000 potholes in Johannesburg and decided to branch out to Bokone Bophirima.

Brett Hoppé, Sun City’s General Manager said: “Sun City is enormously popular but as much as people want to visit our resort, if there’s a chance their tyres or vehicles can be damaged by travelling here, then they will simply go elsewhere.

So, we as Sun City are deeply grateful for the work that has been done, and we know it will ultimately translate into jobs and entrepreneurial opportunities for the entire region.”

The initiative was also graced by the Executive Mayor of Bojanala Platinum District Municipality.

Image (Pothole Patrol team and the Mayor hard at work along the R556 route joining Joburg and Sun City).

Mlindo the Vocalist unleash sophomore album at the launch in Tembisa

SSA finds no irregularity in GFIS’s procuring of equipment’s

AfriForum be careful what you say- warns former PP

The Colonel’s kitchen tour of Meadowpoint

Promoters are not giving us gigs-says Gatvol Rouge