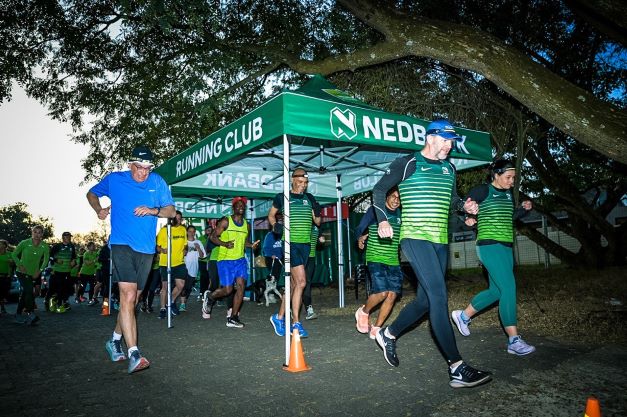 Hordes of young and old came to experience this mass participation at Parkmore, outside Sandton, as they braced the cold evening.  And yes, I did partake in the 5km and completed in a record time, that’s all I am prepared to highlight.

The run challenge, in partnership with the South African Depression and Anxiety Group (SADAG), aims to demonstrate that running (particularly in groups) can reduce stress, depression and anxiety.

With the cost of life becoming expensive everyday, thanks to the pandemic, poor economic condition and job losses, South Africans face the point of no return.

Originally launched as a proactive response to fight the societal effects of Covid-19, Nedbank Runified was a movement to instil a sense of ‘togetherness’ when South Africans were forced to be apart, with running as the catalyst.

With over nine million kilometres run by more than 225 000 participants, the Nedbank Runified virtual series became a source of mental relief for many South Africans during the national lockdowns.

Nedbank’s- Tobie Badenhorst- sponsorship head and Keenan Klizanie (sport department) both agree- this program fits perfectly with their efforts to encourage healthy living for everyone, including their customers.

Anyone can participate, and these group runs will be followed by a national mass participation Strava challenge during Mental Health Month in October.

“The mental health crisis existed long before the Covid-19 pandemic but intensified during lockdown. Currently, mental health in South Africa is one of the worst in the world, with one in three South Africans battling with their mental health,’ says Cassey Chambers, Operations Director at SADAG.

“It is scientifically proven that exercise, particularly running, improves mental health and reduces depression, stress and anxiety. As we approach Mental Health Month in October, we are immensely excited to partner with Nedbank through Nedbank Runified to raise awareness and drive education on this issue’.

To find out how you can join Nedbank Runified in your city, join the Nedbank Running Club on Strava or search #NedbankRunified on social media.

The Nedbank Running Club is more than a club and welcomes runners of all fitness levels to unify through running. It is time to Runify around mental health, and take the first step towards a happier, healthier South Africa.

If you or your loved ones are battling with mental health challenges, there is hope.

SSA finds no irregularity in GFIS’s procuring of equipment’s

Its please pay me – Makate!

Cosas sends a stern warning to blessers- stay away from ‘our’ girls!