Still on the matter of Blackness!

July 6, 2016 by Phepheng MARUPING No Comments

A bit of history. On 5 June 1918 disaffected Afrikaners were brought together in a new organisation called Jong Suid-Afrika (Young South Africa). The following year its name was changed to the Afrikaner Broederbond (AB). The organisation had one aim: to further Afrikaner nationalism in South Africa – to maintain Afrikaner culture, develop an Afrikaner economy, and to gain control of the South African government. (http://www.sahistory.org.za/organisations/afrikaner-broederbond) 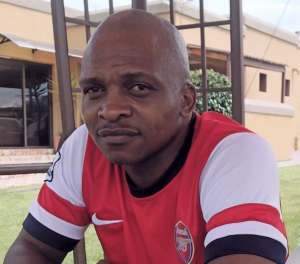 Are we capable of doing the right thing, asks our columnist Maruping Phepheng, this week on his second edition of Blackness.

Like it or not, this was bloody admirable. There is nothing wrong, in my view, with a race working hard to see to its own advancement, provided the process does not trample on other races.

That is partly why it becomes such a remarkably curious thing for me when I hear Blacks saying we must not do our own thing; that we must in our struggle to free ourselves from oppression and racism ask for the collaboration of the oppressor and the racist.

Well, the Afrikaner Broerderbond would reject that thinking. It focused on Afrikaners alone, and that is why today they are far better off than Blacks.

It is like these Blacks – the defenders of the white man, have not read Biko, for if they did, they would have come across a section in I write what I like called “We Blacks.”

Here Biko addresses Blacks directly on the question of Black Consciousness.  On page 31 of this book, Biko explains:

The first step therefore is to make the black man come to himself; to pump back life into his empty shell; to infuse him with pride and dignity, to remind him of his complicity in the crime of allowing himself to be misused and therefore letting evil reign supreme in the country of his birth. This is what we mean by an inward-looking process. This is the definition of ‘Black Consciousness’.

Ahead of that 1918 Broederbond history, there was the historic 1913.

In this year, the Natives Land Act came into being. This was an act of parliament aimed at regulating the acquisition of land. It became a key pillar upon which the abhorrent system of apartheid was based. It ensured that our forefathers remained landless in their own country, while the guests of 1652 owned everything.

Today, that land that was taken from Blacks in 1913 is the reason why the children and grandchildren of the white minority are now privileged. That is why they will remain privileged. They are white and they own land. We are Black and we own nothing. They know it. We know it.

Strangely, this is the case in spite of Black people having ‘achieved’ political power ever since 1994.

In spite of us having installed a Black government, we still are largely confined to sweeping the streets, cleaning the malls and their toilets so that others can enjoy cleanliness.

We are security guards at their companies.

We still walk long distances to work for them … for next to nothing.

Our mothers still clean their houses, cook for them, wash their dogs, and raise their children.

We are jobless, and in the blinding anger built up inside because of hunger, at times we do things to survive and end up filling prison cells across the country … all the while a white man who is a beneficiary of the 1918 Broederbond and 1913 thuggery is living large with his family.

My point is to show why it is more than ever before very urgent and important for Blacks to, firstly, strive to “maintain (Black) culture, (and) develop (a Black) economy.’

We must sharpen our focus on developing and advancing ourselves as a Black race. We need to be unapologetic about being deliberately biased towards supporting Black owned establishments. If there are none, we must start them. Now.

Secondly, we must not be apologetic about demanding our land back from those who took it in 1913. Our single-minded struggle must be about the return of land, our land.

And please, Black people who choose to speak for whites – you know yourselves, do not waste my time asking what we will do with the land. White people (who unlike you have better things to do than to speak for Blacks) did not ask each other that question when they took land from us. They took it. Simple.

My argument is not that we should hate whites. That would be wrong. I argue instead that we must just love ourselves more, and appreciate the right to be Black.

And if, like one person who commented on my previous piece, you are white but also a ‘black ally’, do not, like Biko put it, “vacillate between the two worlds, verbalising all the complaints of the blacks beautifully while skilfully extracting what suits (you) from the exclusive pool of white privileges.”