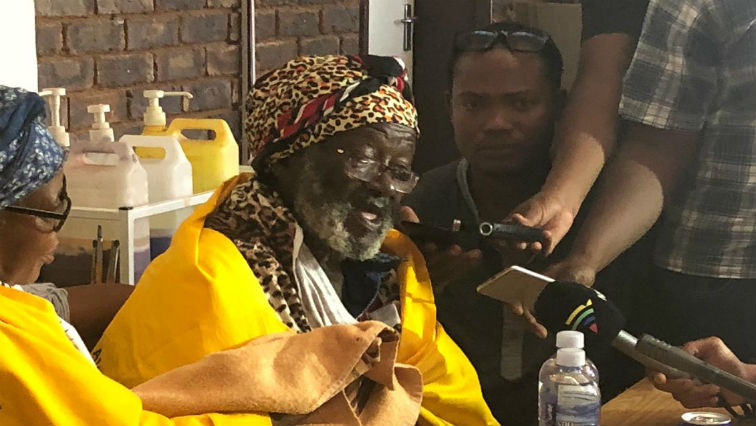 The Zulu inyanga Mutwa was loved by many at the same time vilified for his predictions.

Yours did not get an opportunity to interact with the legendary African artists but, his majestic Credo Mutwa Cultural Village in Jabavu- Soweto, lies below the historic Oppenheimer Tower is a museum-cum-outdoor exhibition of astounding sculptures and buildings created by him, speaks volume.

Known for his predictions of the Soweto Uprising, his invaluable contribution to preserving African knowledge and healing, Mutwa waited years for a decent house from government, of which it was only realized after being subjected to Northern Cape- Magojaneng in Kuruman, this is where his house was renovated by the government.

The private collection of sculptures that he constructed from 1974 to 1986 juxtaposes African folklore and art with an increasingly Westernised society. This unique take on art and society as a huge drawpoint for tourists hunting for a more authentic experience and sets the village as one of the traditional attractions in Gauteng.

Mutwa a traditional healer is said to have the powers to predict the future, depicted in his statues believed to depict the AIDs epidemic.

The exotic array of sculptures includes Zulu chiefs and tokoloshes (African imps), gods of creation and aliens. The collection showcases human and animal figures alongside various dwellings and tribal homesteads drawn from a variety of building styles.

Some of Mutwa’s followers believe that one of his statues, from 1979, predicted the coming of HIV to Africa, while one of his paintings from the same year foretold of the planes crashing into the World Trade Center in New York on 11 September 2001.

Mutwa’s garden is the product of his vision to enlighten Africans about the folklore of the land and to protect African heritage, teaching Africans how to believe in their own greatness. He abandoned the project in 1986, leaving everything to fall into a tragic state of disrepair.

In 2006, a restoration project was undertaken under the guidance of Musa Ntanzi, a student of Mutwa. Although renovated, the village remains in a dilapidated state – but still worth a visit.

His work recorded and explained African legends, customs and religious beliefs. His first book, Indaba, My Children sold over 250,000 copies.

In 2018, he was a recipient of the Department of Arts and Culture’s Usiba Award.

He died at age 98, according to Credo  Mutwa Foundation.

No jogging. No taking a dog for walk. Just remain home- warns ministers as part of Covid -19 lockdown

Go anywhere in the world, attend any music concert of your choice thanks to Cadbury

Soweto has its own whisky